In another blow to the government of Interim President Michel Temer, Attorney General Rodrigo Janot called for the arrest of several senior politicians on allegations that they obstructed corruption probes. Meanwhile, authorities yesterday raided the headquarters of the consortium in charge of constructing a sports complex for the Olympics following allegations of fraud relating to construction waste disposal. 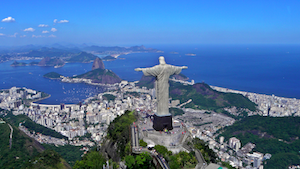 Recordings that were unveiled in May allegedly featured Calheiros speaking with former Minister of Transparency, Monitoring and Control Fabiano Silveira about how to avoid investigators looking into corruption at Petrobras. The recordings led to the resignation of Silveira. Cunha, who was suspended in May, was accused of trying to obstruct an ethics investigation. He also allegedly received kickbacks related to Petrobras contracts and hid millions in Switzerland, Reuters reported.

Another leaked recording forced Juca to resign amid allegations that he was working to inhibit the probe into Petrobras, while Sarney was also recorded separately allegedly discussing how to weaken the investigation, Reuters said. The Supreme Court must approve any judicial action against members of Congress, and is unclear when a ruling by them would come.

Meanwhile, the Wall Street Journal wrote that companies involved in construction of the Olympics sports complex allegedly billed the government for 128 million Brazilian reals (US$ 37 million) that they did not use. A manager at the facility where the companies claimed they disposed of waste said they were not paid, and some disposal drivers, when questioned, said they had not worked at the construction site.

Prosecutors suspect the money was pocketed or was used to bribe politicians, and authorities on the site took computers, documents and storage devices in order to investigate, Reuters said.

Five companies that are among those charged with building infrastructure for the Olympic games have been linked to the corruption scheme at Petrobras, and authorities are also looking into other projects within Rio de Janeiro related to the Olympics. An organizing committee spokesperson said that despite the investigation, the complex is expected to be ready for the Games.