Montenegro: State To Offer Reward For Information On Journalist's Murder 12 Years Ago

The Montenegrin government decided to issue a reward for information on the identity of those behind the 2004 murder of Dusko Jovanovic, the celebrated founder and chief editor of Dan, Montenegro's highest-circulation daily newspaper. 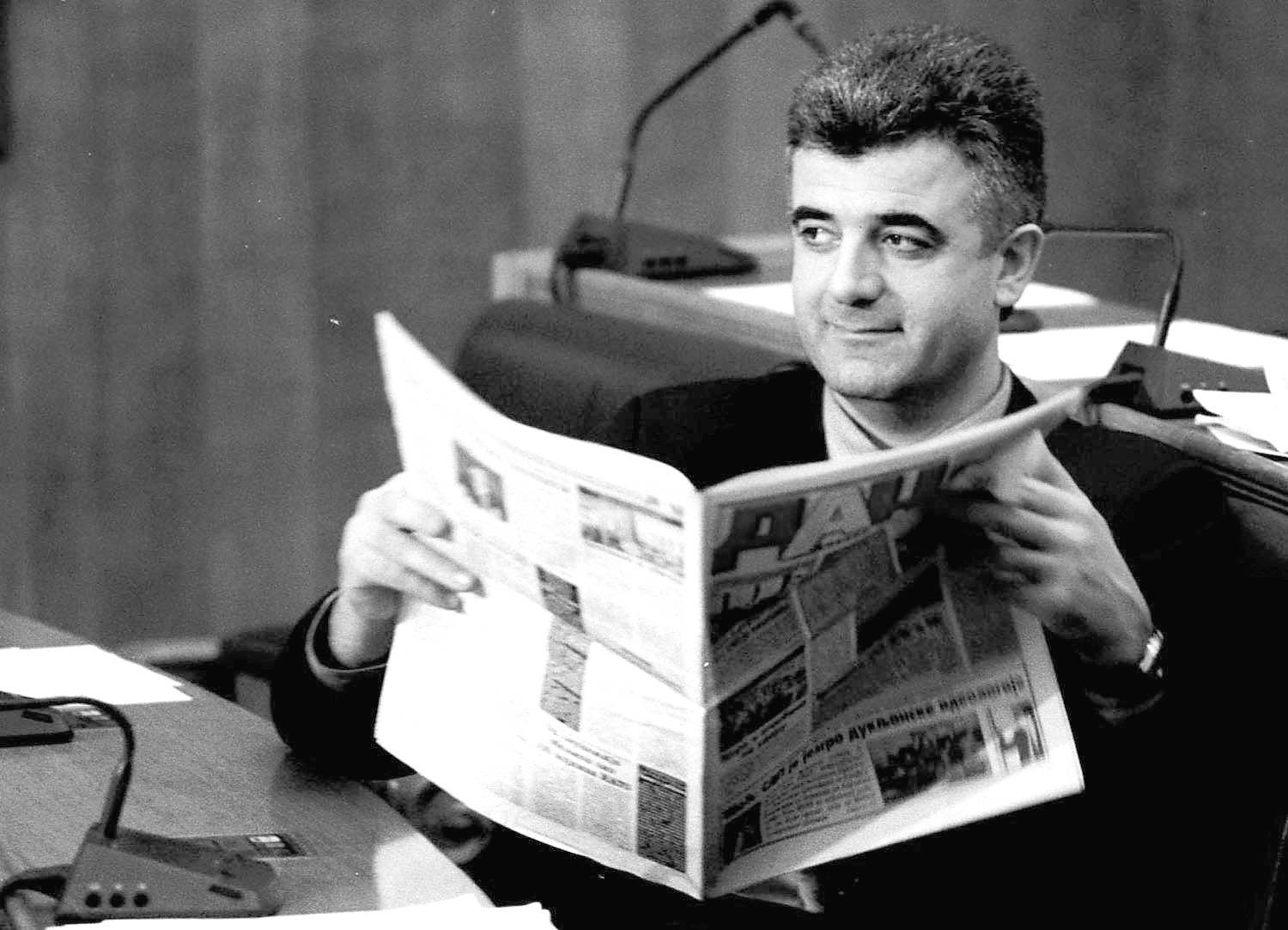 Dusko Jovanovic (Photo: Dusko Jovanovic Foundation)Jovanovic was shot dead on May 28, 2004 after leaving his office in Podgorica. As editor of a prominent newspaper often critical of the government and known for its opposition stance, Jovanovic reportedly received many death threats before his murder.

According to the head of a government commission examining attacks on journalists, Nikola Markovic, Jovanovic was “one of Prime Minister Milo Djukanovic's most vocal critics”.

In a telephone interview on Monday, Markovic told the OCCRP that he has personally been heavily advocating for the government to offer the reward for two years. He says the government had offered a reward in the initial investigation, but that the offer was discontinued after several years.

Now, says Markovic, Prime Minister Milo Djukanovic and his government came to this decision due to mounting pressure for the murder to finally be resolved – especially now that the opposition has entered government.

According to Balkan Insight, Interior Minister Danilovic is one of several officials who joined the government recently, following an election agreement between Prime Minister Milo Djukanovic and three opposition parties.

One of the perpetrators of Jovanovic's murder received a long-term prison sentence for his involvement in the drive-by shooting last year, but authorities believe it was a contract killing. However, they say they don't know who ordered it or why.

The Montenegrin government decided to grant the proposal of new Interior Minister Goran Danilovic on Thursday, but the size of the award has not yet been determined.

Calling Jovanovic's unresolved murder a “burden” on the Montenegrin government, Danilovic said he would consult with the local media community to reach a decision on what the right size of the reward would be in order “to not embarrass ourselves after 12 years of searching for the information”, but also to “avoid any form of manipulation".

The government also approved Danilovic's proposal to establish a new commission that would oversee the implementation of investigations into threats and violence against journalists and attacks on media property.

A former prominent athlete, Damir Mandic would surface as an associate in the murder during the initial investigation. He was put on trial, but in December 2006 due to lack of evidence, Mandic was released. He would face the charges again in 2009, but the 30-year prison sentence he received was overturned in July 2014.

That year, the investigation was relaunched and Mandic was put on trial once more in February 2015 following a testimony by a protected witness. On Oct. 22, 2015, Mandic received 19 years in jail for being an associate in the murder.

Although the court heard that Mandic did not work alone, he is the only person against whom charges have successfully been brought.

The wife of the late journalist, Slavica Jovanovic, is not satisfied with Mandic being the only one sentenced for the murder after 12 years. In April, she said Mandic is the “lowest link” in the murder of her husband, reports local news portal Vijesti.

In an interview with Montenegrin State Television (RTCG), she maintained the government was involved in the murder.

Prime Minister Milo Djukanovic maintains that the government had nothing to do with it. In 2015, Al Jazeera quoted him saying that the person who ordered the killing should be sought “at the address of those who brutally abused the newspaper (Dan) against Montenegro during Jovanovic's life and after his murder”.

In January 2014, Nikola Markovic filed a criminal complaint against Deputy Prime Minister and Justice Minister Dusko Markovic, saying he concealed information during the investigation of the murder. Dusko Markovic was head of the Montenegrin Secret Service at the time.

Nikola Markovic said Dusko Markovic knew the journalist's life was in danger before the murder.

According to RFE, Dusko Markovic said, “The Service had no part in it, nor did it incite the crimes … as far as I know, one man can’t know everything.”

According to an interview Nikola Markovic gave to local news portal Monitor, prosecutors rejected the complaint.

Current chief editor of Dan, Mladen Milutinovic, criticized the investigation into Jovanovic's murder, telling RTCG, “Practically, nothing changed – if you take into account the fact that, in all these 12 years, only one person faced trial.”

According to a statement High State Prosecutor Sanja Jovicevic gave RTCG, the latest activity in regard to the investigation into Jovanovic's murder was conducted by authorities on May 20 this year, and the investigators are working on the case.

“What is important in all of this, is that the government has finally felt enough pressure to offer this reward once again,” Nikola Markovic told the OCCRP.