Two men sailing a yacht filled with cocaine from the island of Curacao and intercepted by authorities off the UK coast were sentenced to prison last week, the National Crime Agency (NCA) wrote. 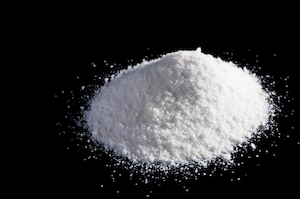 Cocaine (Photo Credit: Youtube) Skipper Hendrik Brugmans was given 20 years and nine months in prison, while Raymond Aalders received a 14-year sentence. The men’s yacht was stopped off the coast of Rye after it was seen listing and had its navigation beacon off. Hundreds of drug packages were discovered concealed within the yacht after authorities searched the vessel, the NCA said.

Matt Rivers from the NCA’s Border Investigation Team said that the men’s attempts to “avoid detection by breaching sailing regulations” was part of an audacious plot to smuggle millions of pounds’ worth of drugs into Europe.

Criminals have consistently been taking to the seas in order to ferry drugs. A recent operation led by the UK saw heroin worth an estimated £160 million (US$ 231 million) seized from four fishing boats in the Indian Ocean. The navies of Australia, France and the UK worked together to stop the boats from reaching East Africa and potentially Europe, the Daily Mail reported.

Traffickers in Central American waters sometimes use homemade “narco-subs” in order to move drugs. The crafts are often created out of fiberglass in the jungles of Ecuador and Colombia, and are manned by a crew that often have little to eat and poor air quality during the trip. US authorities said in March that they had seized a stash of cocaine worth at least US $193 million after intercepting a sub.