Croatia: Government Coalition In Doubt Over Alleged Conflict of Interest

The future of Croatia’s two-party coalition government is in doubt after the junior partner of the coalition, MOST, came out in favor of a no-confidence vote that was filed last week by the main opposition party, the Social Democrats, against deputy Prime Minister Tomislav Karamarko. 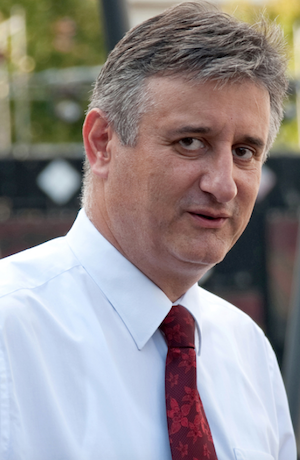 Tomislav Karamarko (Photo Credit: Wikimedia) Karamarko was caught in controversy after the newspaper Nacional said that a company he founded was hired in 2004 by Josip Petrovic, a lobbyist for a Hungarian energy company, at the same time that Karamarko was the leader of Croatia’s Counterintelligence Agency, according to Balkan Insight.

Controversy intensified when Nacional claimed that Karamarko’s wife, Ana Saric, received over 60,000 Euros (US$ 67,000) from Petrovic for consulting services, Balkan Insight said. Karamarko said that he was friends with Petrovic, and denied any allegations of a conflict of interest.

The Hungarian company, known as MOL, is currently in an arbitration process over management rights to a Croatian energy company called INA.

Bozo Petrov, the chairman of the MOST or the Bridge Party, said in an interview that Karamarko has become a burden to the government and must leave because he needs to bear political responsibility. The Bridge Party is the junior partner in Croatia’s government, and the move could signal a collapse of the ruling coalition, Bloomberg said.

The turmoil comes at a bad time for the government, which had been working towards reforms that revitalize business and boost growth after years of recession.

Zarko Puhovski, a professor at the University of Zagreb, told Bloomberg that a no-confidence vote against Karamarko would most likely pass, but that he could save the government and resign so a replacement could take power. Right now, a no confidence-vote is expected by June 18th.