Romanian Senate President Calin Popescu Tariceanu has been indicted for giving false statements at court regarding a massive case of suspected property restitution fraud, which has already involved indictments against a number of government officials, lawyers, businessmen and, most notably, a Romanian Prince. 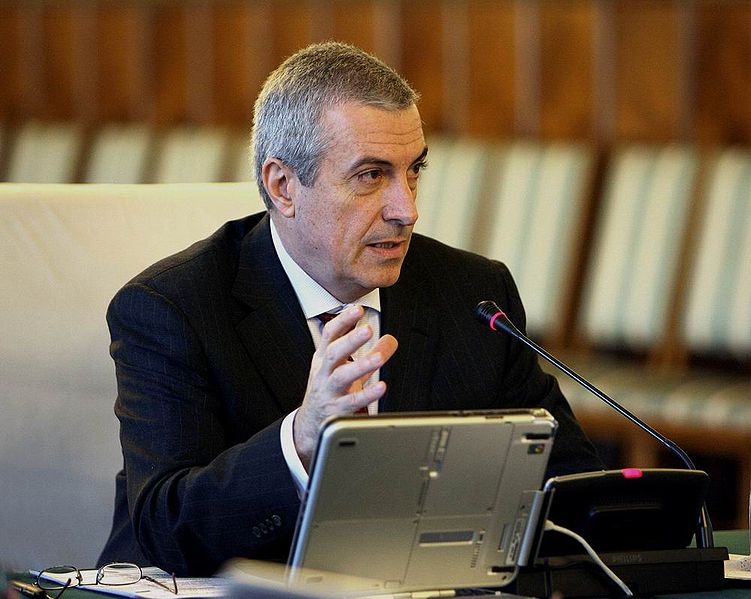 Calin Popescu Tariceanu (Photo: Romanian Government) Prosecutors announced the indictment on Tuesday, stating that Tariceanu did not tell the truth about “essential aspects” of a case involving more than 20 suspects who have allegedly influenced decision makers to grant rights to plots of land to Prince Paul Philippe of Romania under property restitution laws. The laws govern the process of returning property nationalized by the Communist regime in the 1940s – or its cash value – to the families of its original owners.

On May 18, prosecutors charged Prince Paul alongside 22 others and one company, including the alleged organizer of the group, influential local businessman Remus Truica, and local newspaper owner Dan Andronic, with a number of offenses which resulted in defrauding the state by an estimated 145 million Euros (US$ 163 million).

Prince Paul, who stands accused of buying influence, money laundering and complicity in abuse of office, unsuccessfully attempted to claim rights to plots of land owned by the state in 2002. Five years later, in 2007, he was granted the rights to 46,78 hectares in Snagov forest north of Bucharest, and the following year he would also be granted 28.63 hectares of the royal Baneasa Farm in the capital.

Prosecutors allege that this land was granted to the prince because Truica formed a highly influential criminal group alongside lawyer Rosu Robert, former Prime Minister advisor and businessman Tal Silberstein, Israeli billionaire Benyamin Steinmetz and others, which swayed the decision of the relevant institutions to grant the land to Prince Paul, even though he did not submit complete documentation proving he is the rightful owner.

Prince Paul allegedly offered the group up to 80 percent of the value of the property in exchange.

However, the prince had sold the rights to the property (28.63 hectares of Baneasa farm and about 30 hectares of the property in Snagov) to the company Reciplia SRL - registered in the tax haven of Cyprus and represented by Truica - for a price “well below” its value. According to local news portal Romanian National Television Digi 24, the rights were sold for four million Euros (US $4.47 million).

According to Digi24, some of the land in question included property used by Romania's only plant research institute. The property was torn down in order to make way for a supermarket following the handover of the property to Prince Paul, and only a few offices and laboratories of the institute remained.

When questioned about the case on April 15, Senate President Tariceanu, who was also Prime Minister between 2005 and 2008, said he was unaware of the connections between the prince and some of the other defendants in the case, nor did he know about the sale of the successional rights of the land. Prosecutors say he was trying to hamper the investigation in order to protect the suspects by not telling the truth under oath.

According to the Romaniajournal news portal, Tariceanu said he had no doubt that the criminal prosecution procedure against him would continue, saying he is being targeted for being an “inconvenient politician”. He says he does not intend to resign as Senate speaker.

According to the Associated Press (AP), his political ally and Social Democratic Party lawmaker Codrin Stefanescu said the accusation is "a counterattack of the system against a person who has spoken out against the violation of human rights" by some institutions. The AP says Stefanescu was referring to Tariceanu's criticism of anti-corruption prosecutors regarding their efforts in prosecuting a number of politicians in the past few years.

However, Liberal party leader Alina Gorghiu called for Tariceanu's resignation in regard to the charges against him, reports the AP.