US$ 10 Billion Transferred Out of Russia Illegally in 2015, Moldova Remains Hub

Officials from the Russian Ministry of Internal Affairs said more than 700 billion rubles (US$ 10.5 billion) were transferred illegally from Russia into offshore accounts in 2015, TASS News Agency reported. 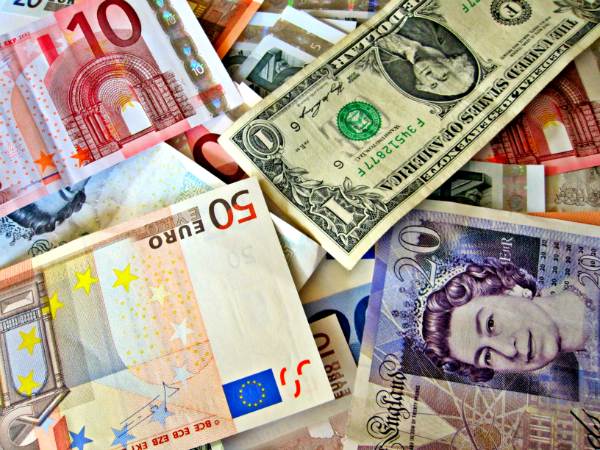 (Photo: Images of Money, Flickr)Andrei Kurnosenko, head of the Department for Economic Security, along with the deputy chief of the General Directorate of Economic Security and Anti-Corruption, Police Colonel Yevgeny Lukin, held a press conference revealing some of the ministry’s findings from the past year.

The Ministry of Internal Affairs found that 75,000 economic crimes had been committed in 2015 with damages amounting to more than 87 billion rubles, more than a third involving “large and very large” sums, according to a ministry news release on the year’s results. The ministry also said that the first quarter of 2016 saw a more than 60 percent of economic crimes committed by an organized group or criminal community.

Moldova has been identified as a hub for money laundering with criminal cash making its way through the country before landing in offshore havens. Between 2010 and 2014, US$ 20 billion, originating in Russia, was laundered through Moldova according to the Russian Laundromat investigation by the Organized Crime and Corruption Reporting Project (OCCRP) and its partners.

Later, in November 2014, US$ 1 billion vanished from three Moldovan banks after the banks gave loans to companies owned by people whose identities remain hidden in a maze of offshore corporations. The borrowers took the money and ran. The collapse of these loans was a serious blow to a Moldovan banking sector that already faced a number of corruption scandals.

The Moldovan case referred to by Kurnosenko is only one of several cases that were part of the US$ 10.5 billion transfer, according to Ion Preasca, editor of RISE Moldova. RISE Moldova took part in the Russian Laundromat investigation.

Moldovan authorities have sought to make money laundering through the country more difficult since 2014 through legislative changes and sanctions, he said.

“Several judicial cases have been launched against judges, bailiffs and bankers,” Preasca said. “Moreover, in 2015 the National Bank started special monitoring of three of the biggest banks in Moldova, about 70 percent of the banking sector, in order to track bank operations and transactions."

However, despite the these advances, Moldova still faces significant risks, according to a 2016 report by the International Monetary Fund (IMF). "In some cases, very large deposits are placed cross-border in obscure transactions, which may combine fictitious creation of ‘liquid’ assets, tax evasion, and money laundering," the report said.

Although the report hailed the moves made by the Parliament to enhance anti-money laundering legislation in the country, it highlighted that the anti-money laundering and counter-terrorism finance unit at the National Bank of Moldova seems to be "understaffed" and that difficulties identifying the ultimate beneficial owners of companies, among other problems, called into question the effectiveness of money laundering prevention in Moldova.