What's On the Panama Papers' Database, What's Not, and Why?

Yesterday, the International Consortium of Investigative Journalists (ICIJ) and its partners, including the Organized Crime and Corruption Reporting Project (OCCRP), made the Panama Papers and Offshore Leaks database available to the public. 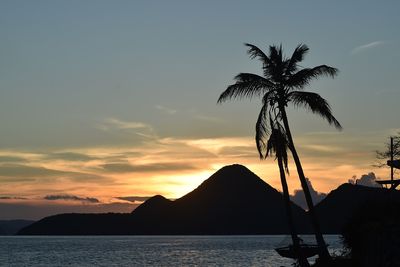 The information on the public database comes from Panamanian law firm Mossack Fonseca, through which the ICIJ, the Organized Crime and Corruption Reporting Project (OCCRP), and German-newspaper Süddetsche Zeitung, along with more than 100 other media partners, published the Panama Papers project in April 2016, according to the ICIJ’s website.

Around a third of the offshore entities in the database were incorporated through two other offshore service providers, Portcullis Trustnet (now Portcullis) and Commonwealth Trust Limited, covered as part of ICIJ’s 2013 Offshore Leaks exposé. This was the initial information added to this database when it was released in June 2013.

The database only contains a fraction of the Panama Papers leaks from the Panama-based offices of Mossack Fonseca. Those leaks are made up of 2.6 terabytes of data, a total of 11.5 million records, which are not included en masse in the public database. The raw documents have not been published.

The Mossack Fonseca leaks include vast amounts of email correspondence, bank account details, identity documents and financial transactions. Not all the names on those files appear in the database. Much of the information is buried in emails, power-of-attorney letters and internal notes of Mossack Fonseca employees and cannot easily be extracted in a systematic manner, the ICIJ said.

“A lot of this information is very sensitive. It’s the personal information of individuals, not all of whom are persons of interest to journalists,” said OCCRP’s investigative reporter and regional editor Miranda Patrucic.

“It would be irresponsible to publish all the data without a redaction process. It would take time to determine what’s important or what’s not, an investment in a vast team to do it and years of sifting through all the documents.”

ICIJ emphasized on its website that it publishes information in the public interest and that simply because someone is named on the leaks does not “suggest or imply that any persons, companies or other entities included in the ICIJ Offshore Leaks Database have broken the law or otherwise acted improperly.”

Patrucic also explained that it is important for anyone using the database to bear in mind that not all those named are the beneficial or ultimate owners of any given company or trust, but rather they may be proxies masking the true owner behind them.

To search the database, click here. For more information about this data its sources and how to use the database, see ICIJ’s “Frequently Asked Questions” page.