Bulgarian state banker Bilian Balev registered an offshore company in the British Virgin Islands in 2015 to manage his yacht in Monaco. 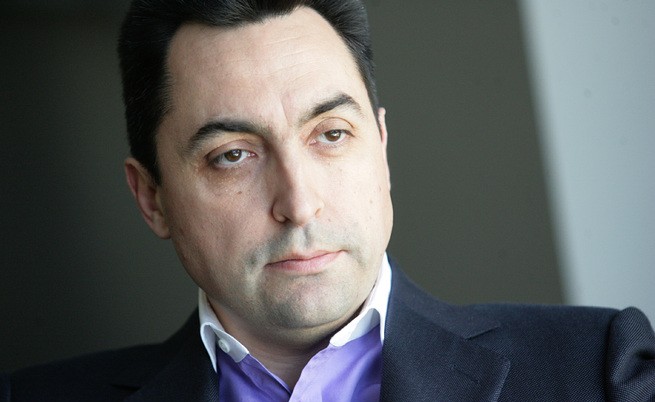 Bilian Balev (Photo by: vesti.bg)The news was published by 24 Chassa (24 Hours) daily, the only Bulgarian media partner of the International Consortium of Investigative Journalists (ICIJ) in the global investigation into the offshore industry and expanding tax havens, based on about 1.5 million leaked files from the Panamanian company Mossack Fonseca.

According to the publication, Balev, who is one of the three executive directors of the state Bulgarian Development Bank (BDB), purchased the 13-meter yacht with a lease contract in January 2015 for € 650,000 (US$ 741,494). It is unclear what part of this amount was paid by the banker as a down payment.

Balev confirmed to 24 Hours the purchase and the establishment of the offshore, explaining that it was required by the leasing company.

The offshore managing the Monaco-based yacht is named Finco Grace Ltd. The Panama Papers further reveal that an address on the central seaside “Louis II” boulevard, near one of the Monaco yacht ports, is registered to Balev’s name.

The banker told Bulgarian journalists that the purchase was a mistake and that the yacht is already for sale. He said there even is an interested buyer, a preliminary contract and the transaction is to be finalized in about a month.

Balev committed to have the offshore closed or transferred to the new owner. He stressed he had listed it in his tax declaration for 2015 before the National Audit Office. (The tax declarations of officials and politicians for 2015 are not yet publically available.)

The banker also explained that the Monaco residence in his name was a rental.

Journalists from 24 Hours say they have been alerted about Balev by French colleagues, also part of the global investigation, who have discovered the name due to the Monaco address he used to register the offshore.

In the request for the establishment of the offshore, the Monaco-based intermediary agency explains that the yacht to be managed by this offshore is private property and will be based in Monaco.

To date, Bilian Balev is the only Bulgarian listed in the correspondence with Mossack Fonseca as a PEP - Politically Exposed Person – an individual entrusted with a prominent public position.

He fell into this category when Mossack Fonseca checks established that he was executive director of a Bulgarian state bank.

Several other Bulgarian names have emerged from the Panama Papers so far, including already known oligarchs such as Nikolay Banev (who also recently announced he is running for president) and his wife Evgeniya, Petar Mandzhukov (arms dealer and media owner), Vasil “the Skull” Bozhkov, and Chavdar Kanchev, banker and former chief executive director of Bulbank, among others.

Bilian Balev has been executive director of the BDB since 2013 and has worked in the banking and financial advising sector since 1991. He is also a former TV host, former director of the sports “Ring TV” and of publisher “News Holding”.

The right-wing Reformist Block, part of the ruling coalition, and the leader of the opposition United People’s Party are asking Balev’s resignation from the state post.