The co-founder of Liberty Reserve, a digital currency company based in Costa Rica, was sentenced on Friday to 20 years in prison for an “unprecedented” money laundering scheme at a Manhattan federal court. 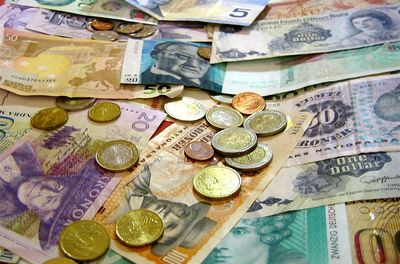 (Photo: Philip Brewer, Flickr)Arthur Budovsky, 42, admitted to laundering between US $250 million to US$ 550 million in criminal money linked to Liberty Reserve accounts based in the United States as part of his plea agreement, according to the United States Department of Justice (USDOJ).

However, by the time Liberty Reserve was shut down in 2013, the company had 5.5 million users worldwide and had processed more than 78 million transactions with a total value of US$ 8 billion, prosecutors said. US clients accounted for up to US$ 1.8 billion in transactions with 600,000 user accounts. Budovsky knowingly sought to attract criminal clients to the business, according to prosecutors.

US District Court Judge Denise L. Cote said the defendant did not express “any genuine remorse” and that his crimes led to “countless victims of fraud around the world.”

Budovsky co-founded Liberty Reserve with Vladimir Kats in Brooklyn, New York in 2001, the USDOJ said. Liberty Reserve started operating in 2005. The company touted itself as the Internet’s “largest payment processor and money transfer system.” It operated one of the world’s largest and most widely used digital currencies, which allowed for easy money transfers between people all across the world.

Budovsky applied his previous experience working with digital currencies. Prior to founding Liberty Reserve, he had worked with GoldAge, another digital-currency exchange business he ran with Kats.

Between 2009 and 2013, Liberty Reserve’s business boomed. By late 2012, it had a transaction volume of US$ 300 million per month, with a large portion of their clientele coming from the United States.

Prosecutors said Budovsky was aware that a substantial volume of digital currency transactions was linked to online criminals. He set up the company to have weak anti-money laundering regulations to appeal to a criminal clientele, the USDOJ said.

Liberty Reserve became a financial hub for criminals around the world who used it to amass, distribute, store, and launder criminal money derived from Ponzi schemes, credit card fraud, identity theft, and cybercrime.

Manhattan US Attorney Preet Bharara said Budovsky “made efforts to evade prosecution” after he and Kats were arrested in May 2006 and pled guilty to operating GoldAge as “an unlicensed money transmitting business.” He was sentenced to five years in prison but paroled shortly after, according to OCCRP’s Persons of Interest project.

Over the next two years, both men moved Liberty Reserve’s operations offshore to Costa Rica to avoid scrapes with US law enforcement. In May 2008, Budovsky pushed Kats out of the business and became the sole shareholder of Liberty Reserve.

He arrived in Costa Rica that same year and married a Costa Rican woman who sold empanadas in front of the immigration office. Budovsky paid 200,000 colones (US$ 373) in exchange for the marriage, which allowed him to get a residency card and then Costa Rican citizenship in 2010, OCCRP’s Persons of Interest project reported. Budovsky renounced his US citizenship.

Budovsky was arrested in Spain in May 2013 and then extradited to the United States in October 2014, the USDOJ said. Budovsky pled guilty to one count of conspiring to commit money laundering on Jan. 29, three days before his trial was scheduled to begin.

Liberty Reserve was also shut down the same month as a result of an investigation by US authorities.

Two suspects in the case remain at large.