Sri Lanka said it will start investigating nationals named in releases stemming from the Panama Papers, while Canadian police said they are hoping to get access to the leaked documents as part of a criminal investigation, the Daily Mail and The Globe and Mail reported. 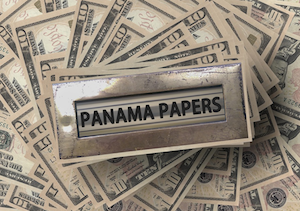 (Photo Credit: Pixabay)  Sri Lankan Finance Minister Ravi Karunanayake said his panel will look into the names that have come up in the Panama Papers as well as the International Consortium for Investigative Journalists (ICIJ) Offshore Leaks, the Daily Mail wrote. He accused the former leadership of not looking into the Sri Lankans named in the Offshore Leaks, a previous ICIJ investigation published in 2013.

The country has been burdened by large foreign loans from the administration of former president Mahinda Rajapakse, who has denied charges that he and his family stole billions while he was in power. The current government recently secured a US$ 1.5 billion IMF bailout to prevent a balance of payment crisis, the Daily Mail said.

Royal Canadian Mounted Police (RCMP) Deputy Commissioner Mike Cabana told The Globe and Mail that they expected to see the Panama Papers releases in their entirety, but that the RCMP would have to be careful in working to acquire the papers. He said that they had been working with partners in Canada and overseas to gain access, according to the Toronto Star.

Toronto Star reporter Rob Cribb, who led the Star’s reporting on the documents, said via email that he did not know of a data request from the RCMP, and that he was not sure from where or how complete a request would be.

“I think the interest from authorities is obvious: to investigate possible offshore tax evasion or money laundering,” Cribb wrote. “I think the May 9 release will provide helpful data to authorities and the public. But it will not contain the kind of internal details of correspondence, letters, transactions and passports, etc. that have informed our reporting."

The fallout from the Panama Papers has been widespread, and United States Attorney Preet Bharara said in late April that he was looking to speak with someone at ICIJ for more information, as his office was opening a criminal investigation.

Authorities in France, Australia, Austria and the United Kingdom, among others, have opened investigations or probes related to laundering and fraud over the past several weeks. Austrian authorities are looking specifically into two banks over a possible breach in money laundering rules, while tax authorities in Australia are investigating an estimated 800 people, BBC reported.

The ICIJ is planning to release a searchable database as part of the Panama Papers investigation on May 9. They said that the information would be published in the public interest, and would contain information about entities incorporated in tax havens and link to people across the world. The database would likely be the “the largest ever release of secret offshore companies and the people behind them”, according to the ICIJ.