Vitas Vasiliauskas, the head of the Bank of Lithuania, has been linked in the Panama Papers to offshore entities, a connection dating from his previous career as a lawyer. 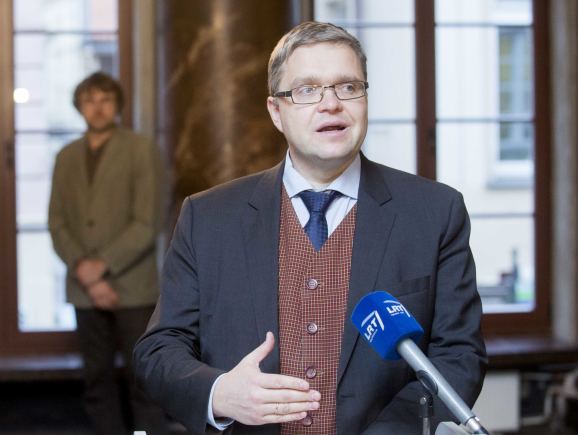 Vitas VasiliauskasWhile Vasiliauskas has denied any wrongdoing, he has come under fire by influential politicians.

The data provided by the International Consortium of Investigative Journalists (ICIJ) and Süddeutsche Zeitung reveal that Vasiliauskas held a power of attorney signed by proxy directors of Redder Investments Inc., a British Virgin Islands company that has been linked to Russian billionaire Nikolai Tsvetkov.

Back in 2006, Vasiliauskas and two other employees of the Lithuanian law firm Lawin were empowered to act on behalf of Redder Investments. However, the power of attorney imposed severe limitations, as the documents show.

The three were authorized to open bank accounts at the Lithuanian branch of the Swedish bank Skandinaviska Enskilda Banken AB (SEB) and to perform other actions related to opening the account. However, the document states that the power of attorney was granted “only for opening account without any right to operate or manage the account and without the right of substitution”.

According to the ICIJ documents leaked from the Panamanian firm Mossack Fonseca, at the time the power of attorney was issued, Redder Investments was controlled by a Swiss company, Uralsib IB Holding AG, which had ties to Tsvetkov.

Tsvetkov, a former partner of Lukoil’s head Vagit Alekperov, was at one point one of the 100 wealthiest people on earth, according to Forbes magazine, and Uralsib IB Holding AG was part of his business structure, listed among affiliated entities by Tsvetkov’s Uralsib bank.

Vasiliauskas didn’t question the authenticity of the Mossack Fonseca documents. However, he says he never opened an account for Redder Investments.

“Personally, I haven’t opened accounts for offshore entities. My area of work as a lawyer was tied to taxes and distinct financial services,” Vasiliauskas told 15min.lt. “My clients were both individuals and business groups which sometimes had offshore entities in their structure. While working as a lawyer, I have consulted the representatives of such entities on opening accounts in Lithuania.”

He claims his activities were fully legal and said he had no reason to suspect his clients of any form of illegal activity. However, Vasiliauskas refused to elaborate on his relationship with Redder Investments, saying it would be a breach of his obligations as a lawyer. In addition, Vasiliauskas claims he, personally, had no offshore companies or accounts abroad.

Although the Mossack Fonseca documents show no illegal activity by Vasiliauskas, he came under fire by politicians. The Social Democrats, the largest power in the current coalition, have called him to meet with them to address whether ties to Tsvetkov’s business ‘discredits’ him as the head of the central bank.