One of Kosovo’s ruling party lawmakers, Azem Syla, has returned to the country for questioning after being accused by authorities of running an organized crime ring. 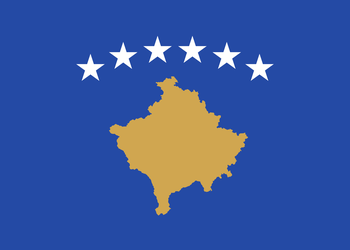 Flag of the Republic of Kosovo (Image: Wikimedia)Syla’s lawyer, Tome Gashi, confirmed to local newspaper Telegrafi last Thursday that his client returned to Kosovo keeping his promise that he would be willing to face questioning by authorities. When authorities did not find Syla in his home last week, they contacted him via phone telling him to appear in Pristina for questioning, and he said he was in Albania, Balkan Insight said.

Syla said he was ready to cooperate with authorities, Agenzia Nova reported. "The investigation launched against me is unfair, but I want to allow justice to do its work without interfering in any way," he said.

Syla has also resigned from his post as a member of the Assembly of Kosovo, Gashi said. The move was greeted favourably by the President of the Assembly, Kadri Veseli, Agenzia Nova reported.

Prosecutors at the European Union Rule of Law Mission (EULEX) and Kosovo police summoned Syla, a former leader of the Kosovo Liberation Army, for questioning last week. Prosecutors said Syla, through his alleged organized crime ring, deprived the state of public property worth about € 30 million (US$ 34 million).

On Saturday afternoon, a EULEX judge imposed detention on remand for one month for Syla, according to a statement published by the Basic Court of Pristina. It said Syla was arrested on April 29 and brought before a EULEX judge for a detention hearing.

“A small number of people we’ve had to arrest because we believe that they facilitated the land being stolen. One of those people is Azem Syla,” Alan Edwards, chief of the EULEX Organized Crime Investigation Unit, told OCCRP partner, the Balkan Investigative Reporting Network (BIRN).

Members of the criminal gang falsified official documents and paid bribes to public officials using state funds and depriving Kosovo Serb families, whose entitlement to the land parcels was misused by the organized criminal group.

Several of the suspects are Serbian citizens living in Serbia. Prosecutors in Pristina are seeking cooperation with authorities in Belgrade.