In what will be likely the largest release in history of secret offshore companies and the people connected to them, the International Consortium of Investigative Journalists (ICIJ) is planning to release more information as part of the Panama Papers investigation, according to the ICIJ website. 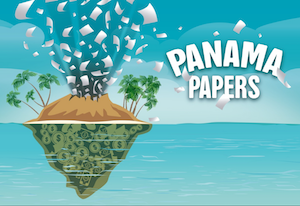 (Photo Credit: VectorOpenStock)ICIJ said that the searchable database they will unveil on May 9 will contain information “about companies, trusts, foundations and funds incorporated in 21 tax havens, from Hong Kong to Nevada in the United States”, and that it would link to people in more than 200 countries and territories.

The database will also include information on more than 100,000 companies as part of their Offshore Leaks investigation in 2013. ICIJ wrote that the information is “being published in the public interest”, and will not include bank account records and financial transactions, correspondence, passports and phone numbers. They said it would be a “careful release of basic corporate information.”

Fallout so far from the Panama Papers has been widespread, with Spanish acting industry minister Jose Manuel Soria and Icelandic Prime Minister Sigmundur David Gunnlaugsson having resigned over their inclusion in the releases, Business Insider UK wrote. According to ICIJ, the releases created a sense of urgency among authorities to “close loopholes and make information about the owners of shell companies public.”

United States Attorney Preet Bharara also announced last week that his Manhattan office had opened a criminal investigation into the revelations, and asked to speak with someone at the ICIJ to gather more information.

Forbes reported that the ICIJ database would show people the right places to start if they are looking to investigate. They also said that the government of Panama may share information on request, as they are believed to have a copy of the information.