Italy: Bribes, the Camorra and a Renovated Palace

The Italian mob is getting into historic renovation, according to prosecutors.

Early Tuesday morning, nine people were arrested by the Investigative Unit of the Carabinieri and the Finance Police for corruption, bid rigging, illicit behavior as a public servant and association with the Camorra. 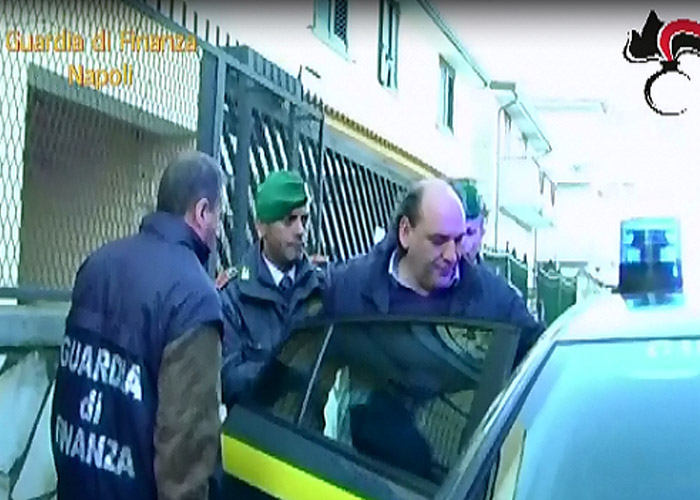 Biagio Di Muro arrest. Two of the suspects were sent to prison while seven were ordered to house arrest. The Camorra, based in the Naples area, is one of the oldest and largest organized crime groups in Italy and consists of multiple “clans” of independent groups or families.

Santa Maria Capua Vetere is a small town in Caserta Province in the Campania region, about 40 kilometers north of Naples and 200 kilometers southeast of Rome.

Police became interested in the group’s activities relating to the public tender for the restoration of an historical building in the town, the Palazzo Teti Maffuccini, a badly decayed 1839 mansion with 55 rooms and more than 6,000 square meters of garden.

The restorations are subject to architectural and archaeological restrictions. It is historically significant, as Italian hero Giuseppe Garibaldi stayed there for a short time in 1860; on Nov. 2 of that year, the surrender of Capua was signed at the palace, marking the end of the Kingdom of Two Sicilies and the birth of modern Italy. 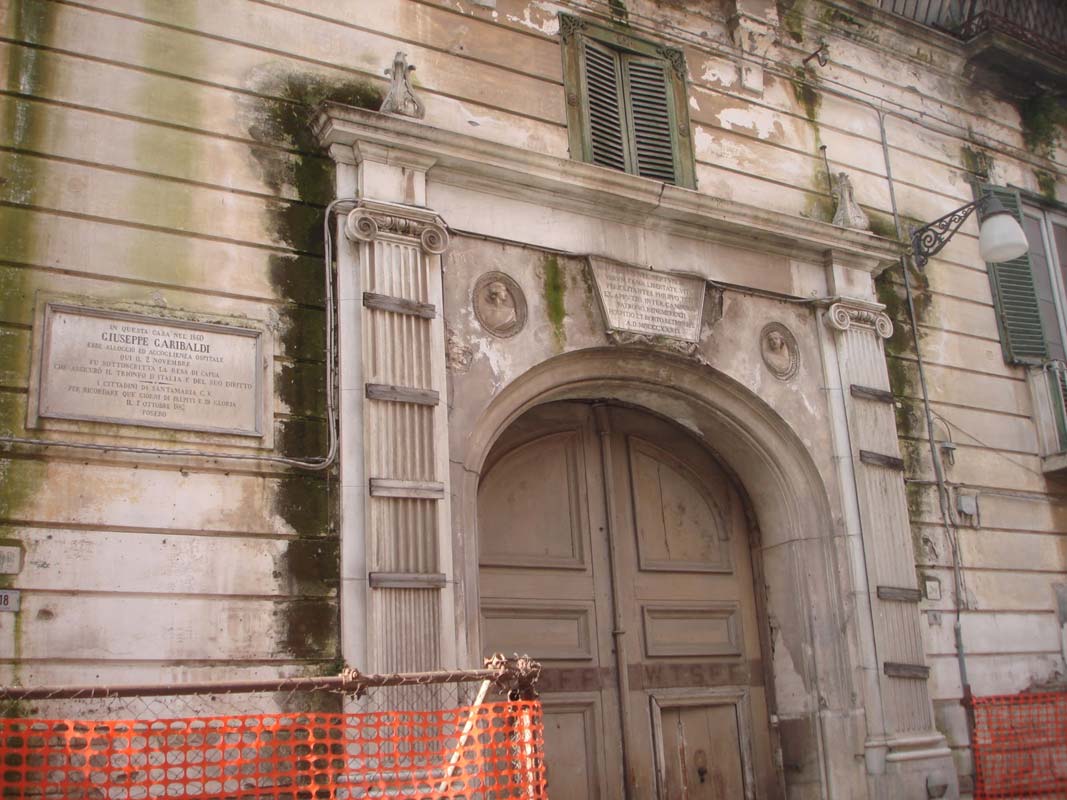 Palazzo Teti Maffuccini The palace reappears in history in 1996, when it was seized by police from Nicola di Muro, father of former mayor Biagio di Muro. The senior di Muro was also a politician in Santa Maria Capua Vetere, where he served as vice-mayor of the municipality and, police say, was connected to the Camorra.

Nicola Di Muro was arrested in Paris in 1993. Police say he had accumulated assets worth about € 50 million, including the Palazzo Teti Maffuccini.

According to the Italian law on seizure of organized crime goods, the palace should have been made available for public or social purposes, but it was in very poor condition and the municipality had no money to restore it.

In 2010, however, the Ministry of the Interior budgeted € 3 million for a renovation of the palace into the Palace of Legalità, a cultural center and museum of the history of the Garibaldi.

From Father to Son 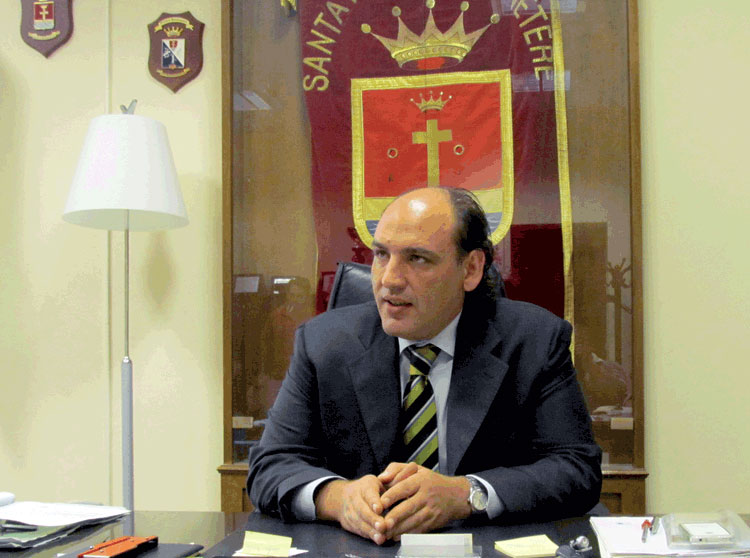 At the beginning of 2014, the tender was won by two companies: Archicons Ltd. for the project design and Lande Ltd. for construction. Investigators say that those companies won because Alessandro Zagaria, acting through Loredana di Giovanni, bribed several key personnel: the mayor; the municipality public works manager, Roberto Di Tommaso; and a member of the commission that judged the project.

The police traced € 70,000 to those responsible for the bid rigging through false invoices.

Investigators say di Giovanni was the mediator between the construction company and Alessandro Zagaria, and that the mayor made a partial confession and confirmed the amount of the bribe. Di Giovanni admitted that she personally brought € 10,000 to Zagaria as part of the bribe for Biagio Di Muro.

Alessandro Zagaria is a local entrepreneur in his 30s who, together with his father, Francesco 'Ciccio' Zagaria, is active in the restaurant and historic restoration business in Casapesenna, a small town not far from Santa Maria Capua Vetere.

The Zagarias own a restaurant, Il Tempio di Casapesenna and say while they have benefited professionally from having the same name as now-jailed Michele Zagaria, the top boss of the Casalesi, the most powerful Camorra clan, they themselves are not members of the clan.

But two 'pentitos' (informers) have told investigators that it's not just a question of sharing a surname: the informers said Alessandro and Ciccio Zagaria regularly paid the clan protection money and through this arrangement won local public tenders for school restoration.

Informers Massimo Caterino and Attilio Pellegrino said Alessandro was considered “a smart kid who was finding his own way with success,” meaning that he was using the clan’s protection and friendships with the local politicians to get ahead.

One of Michele Zagaria’s closest associates, Filippo Cataldo, said once that “he would have 'adopted' Alessandro Zagaria as his protegèe, meaning that he would have dealt with any problem that Alessandro could have met.”

Graziano’s houses in Rome and in Caserta's province were searched this week under a search warrant looking for information on how he aided the Camorra organized crime clan. According to the Antimafia Local Prosecutors (Dipartimento Distrettuale Antimafia,) Graziano “asked and obtained political support, namely for the last elections for Regional Assembly of Campania...with the obligation of the politician to become the political and administrative referee of the Camorra criminal group called Casalesi, Zagaria faction.”

In a conversation wiretapped by police, Alessandro Zagaria and the  then mayor Biagio Di Muro talk about a 'politician' that should help them to insure Interior Ministry money for the restoration of the Teti Maffuccini Palace.

In the conversation, the two mean appear to be talking about Graziano and Alessando Zagaria at one point even criticizes Biagio di Muro because he hasn’t been sufficiently supportive of the politician’s election campaign.

Graziano has stepped down from his party position but said he doesn't have anything to do with the allegations against him.

Biagio Di Muro denied taking bribes and said he and Alessandro Zagaria are friends but he doesn't know anything about any links with the Casalesi clan.