The global cooperative SWIFT that transfers billions of dollars each day has experienced “a number of recent cyber incidents”, it said yesterday in a notice seen by Reuters. 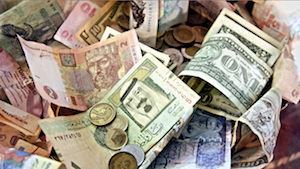 (Photo Credit: Wikimedia)The Society for Worldwide Interbank Financial Telecommunication (SWIFT) warned its customers that there had been a number of instances where “malicious insiders or external attackers have managed to submit SWIFT messages from financial institutions' back-offices, PCs or workstations connected to their local interface to the SWIFT network."

The Belgian cooperative, owned by the financial industry, processed more than six billion messages last year and links as many as 11,000 institutions across 200 countries, Fortune said. It allows financial institutions to exchange information about financial transaction details, according to NASDAQ.

The network said attackers were able to send fake messages after hacking into institutions authorized to create and approve messages and obtaining their valid credentials, Reuters reported.

The notice revealed for the first time that February’s heist of millions from Bangladesh’s central bank was not an isolated incident, but part of a series of recent attacks, according to Reuters.

Thieves hacked into the Bangladesh bank’s systems and sent requests to move money to various entities around the world. A spelling error in the name of a purported NGO in Sri Lanka raised suspicions and led to further transactions being blocked. The thieves managed to steal around US$ 80 million, out of an attempted US$ 951 million according to estimates.

It’s believed the thieves exploited a cheap router with no firewall to gain access to the bank’s computers, BBC said. British multinational BAE Systems, which investigated the theft, suggested in a blog post that malware may have been used to manipulate SWIFT software to impede detection and response as thieves sent forged payment instructions.

SWIFT released a software security update Monday to counter the suspected malware, Reuters said. A SWIFT spokesperson said the update was to help customers enhance their security and “to spot inconsistencies in their local database records," as reported by the BBC.