A United States Attorney said that his office has opened an investigation related to revelations in the Panama Papers and asked the International Consortium of Investigative Journalists (ICIJ) for more information, the Guardian reported. 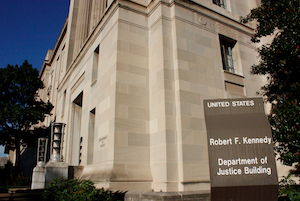 US Department of Justice Headquarters (Photo Credit: Flickr) In an email to the ICIJ, posted on the Guardian’s website and authenticated by the Financial Times, US Attorney Preet Bharara said his office has “opened a criminal investigation regarding matters to which the Panama Papers are relevant” and would be interested in speaking with someone involved in the project.

Bharara is the United States Attorney for the Southern District of New York. He is already looking into many of the US citizens allegedly named in the Panama Papers, the International Business Times UK (IBT UK) said.

The leak of around 11.5 million documents from law firm Mossack Fonseca was examined by investigative journalists around the world. The Panama Papers were received by the German newspaper Süddeutsche Zeitung and shared by the ICIJ with the OCCRP and other media outlets. Mossack Fonseca’s headquarters in Panama and an office in Peru were raided by police last week, following earlier police action against the firm in El Salvador.

The inquiry by Bharara comes after a US Treasury Department announcement early April about a proposed new customer due diligence rule for banks. The new rule would require banks to identify individuals who own at least 25 percent of companies that open bank accounts as well as the individuals who control those companies.

President Barack Obama said earlier this month that the problem of global tax avoidance is a huge problem, and that the Panama Papers leak illustrates the scale of the issue, according to the Guardian. Obama praised “the basic principal of making sure everyone pays their fair share.”

The leader of Mossack Fonseca called the leak “an international campaign against privacy.” Director Ramon Fonseca has denied wrongdoing and said his firm had its database hacked, IBT UK reported. The ICIJ has published a list of people named in the Panama Papers reports and given them the opportunity to respond on their website.