Telia Criticized for Silence About Ismayilova

In mid-2014, investigative reporter and OCCRP partner Khadija Ismayilova disclosed that the family of the President of Azerbaijan is, in all likelihood, a business partner with the Swedish-Finnish telecom formerly called TeliaSonera. 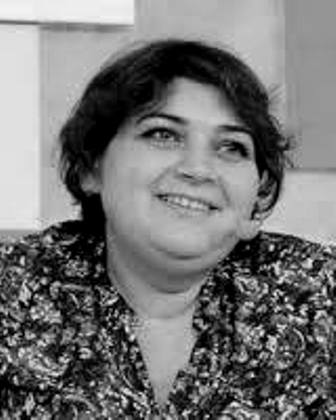 Khadija IsmayilovaSubsequent reporting showed the Azerbaijani family raked in an estimated US$ 1 billion from the deal.  On Dec. 5 of that year, Ismayilova was put in prison where she remains today.

The scandal-ridden company’s current management is working on restoring customers’ trust in the business, but it has been harshly criticized for not bringing up Ismayilova’s case with the Azerbaijani regime.

The revelation in 2014 about TeliaSonera was the last independent report Ismayilova was able to file about suspected corruption involving Azerbaijani President Ilham Aliyev's family.

In 2015 she was sentenced to 7.5 years in prison for tax evasion, among other things -  fabricated accusations in response to Ismayilova’s reporting, according to human rights and press organizations.  Amnesty International considers her a prisoner of conscience and the European Union, as well as the Council of Europe, has questioned the verdict.

Earlier this month, Ismayilova’s case was highlighted by UNESCO, when the UN agency awarded her its annual press freedom prize.  But the Telia Company, which last week changed its name from TeliaSonera, will not raise her case with the regime.

“I think the best we can do (for her) is to continue to express and fight for the freedom of expression policy that we stand for in all countries,” said CEO Johan Dennelind in an interview with TT, a Swedish partner of OCCRP. “We seldom, or never, I would say, bring up specific cases.”

Freedom of the press is an issue which Telia has addressed with the government of Azerbaijan, Dennelind said; however, bringing up Ismayilova’s case specifically is difficult.

TT: Why? Why not bring up a particularly important case, which also has links to your company’s activities in the country?

“You can certainly do that. We have chosen not to, because when you open up for a discussion on specific cases you must consider how to handle others too.  And then you have to evaluate all the time if it is the right moment right now, or next week, or next year, to discuss them.”

Kathleen McCaughey, an expert on corporate responsibility at Amnesty International’s Swedish section, was blunt. "Telia should reconsider its decision not to comment on individual cases. Mr Dennelind claims that Telia would have to make its own evaluations, but there are a number of human rights organizations, like Amnesty International, which have information about these cases,” she wrote to TT.

“If Mr Dennelind wonders when it is the right time to act, it is now.”

“Telia has committed to follow the United Nations’ rules for companies,” he said. “They are very clear on the responsibilities companies have when human rights are violated as a result of their business operations. Then one should take direct responsibility and get involved.

“Since the detention of Khadija is so closely linked to her work as an investigative journalist, and involves Telia's business deals with the Azer(baijan)i regime, we argue that Telia should engage precisely in this individual case.”

Hårdh said that in his view, Ismayilova’s imprisonment is political. Therefore, Telia can weigh in on an equally political decision to release her, he said.

Cilla Benkö, CEO of Swedish Radio and a member of the UNESCO press freedom award jury, wrote to TT that she appreciates when top business leaders take a stand for the work of journalists.

"It would be even better if these representatives also, in their relations with other countries and business contacts, actually take up specific cases. Then their stance becomes much clearer and more difficult to dismiss," Benkö wrote.