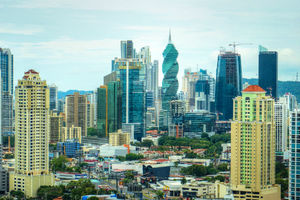 The leak of 11.5 million records from Mossack Fonseca were examined in a year-long probe by a network of about 400 investigative journalists around the world. The revelations have put a spotlight on an apparently vast failure of due diligence by the firm, igniting global debates on financial secrecy and tax evasion.

Prosecutors in Panama Zoom In On Mossack Fonseca

The public prosecutor's office said Mossack Fonseca’s staff would not be "collaborating with the prosecutor" as the offices were searched, according to La Prensa. Other agents searched a facility that provides backup computer services for the firm, prosecutors said.

The AFP reported that raids were also being carried out on several other Mossack Fonseca branches in Panama. Police units surrounded the law firm’s headquarters, as did journalists.

The national police said they were searching for evidence that "would establish the possible use of the firm for illicit activities," reported Australian news outlet SBS. The firm has been accused of tax evasion and fraud.

Mossack Fonseca did not respond to SBS’s requests for comment on Tuesday. Earlier, founding partner Ramon Fonseca had said the company had broken no laws, destroyed no documents, and all its operations were legal, SBS reported.

Prior to the raid on Monday, intellectual property prosecutors were summoned to Mossack Fonseca’s offices to investigate the firm’s claim that its computers were hacked before the leak, reported the Guardian.

No arrests have been made in connection to the raids, reported Reuters.

Meanwhile in Lima, the National Tax Administration and the National Police carried out a court-ordered search of Mossack Fonseca’s office in the capital, reported PanAm Post.

Tax collector Percy Díaz said that the raid involved the seizure of bookkeeping documents so officials could verify possible connections with the Panama Papers case in Peru.

Attorney General Douglas Melendez said the government decided to search the offices of Mossack Fonseca after noticing it had removed its office sign late on Thursday, reported MWC News.

The attorney general's Twitter feed said an employee claimed the company was planning to move.

As the raids took place, the Guardian reported investigators were preparing to meet in Paris to launch an inquiry into global tax evasion.

Senior officials from the world’s tax authorities are intent on analyzing the documents to devise a new global strategy to target offenders. The inquiry is being led by the Joint International Tax Shelter Information and Collaboration (JITSIC) network. Australia’s tax commissioner, Chris Jordan, is JITSIC’s chairman and has advocated a global approach to tackling tax evasion.

The EU unveiled a proposed plan on Tuesday to compel international companies to report earnings and pay their share of taxes, arguing the Panama Papers scandal pressed the need for change, reported the AFP.

The Panama Papers have created tensions between Panama and France in light of Mossack Fonseca’s possibly illegal activities. Mossack Fonseca is only one of many offshore service providers who set up structures such as anonymous shell companies.

France restored Panama to its national list of uncooperative jurisdictions, after removing it from its tax blacklist in 2012, said AFP. In the wake of the leaks, France is urging all European Union (EU) countries and member states of the Organization for Economic Cooperation and Development to do the same.

Panama responded to the scandal by forming an international panel to review the country’s legal and financial practices, said the Guardian. The government said that Joseph Stiglitz, winner of the Nobel prize in economics in 2001, would be appointed a member to the panel to make recommendations.

Mossack Fonseca has 34 offices around the world, according to its website.