A former senator was arrested by Brazilian police on Tuesday for allegedly taking bribes in connection with the corruption investigation into the state-owned oil company Petrobras, the Wall Street Journal (WSJ) said. 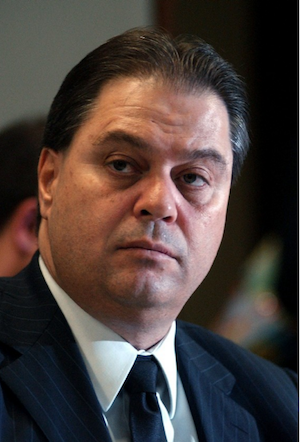 Gim Argello (Photo Credit: Wikipedia) Gim Argello, a senator from 2007 until early 2016, was vice president of a congressional commission investigating contracts between Petrobras and construction companies. In exchange for bribes from two construction companies--around 5 million Brazilian Reais (BRL or US$ 1.43 million) from UTC Engenharia SA and BRL 350,000 (US$ 100,000) from OAS SA--he allegedly spared certain company heads from having to testify, the WSJ said.

Prosecutor Athayde Ribeiro Costa said it appears that a congressional investigative committee “was used by a senator for corruption instead of fighting it,” Reuters said. Prosecutors said the bribes were disguised as political donations and that the potential involvement of other construction companies is now under investigation, the WSJ said.

A new round of police raids in the Petrobras probe was based on evidence connected to Argello’s alleged bribery, Reuters wrote. Brazilian Federal Police said they had 22 court orders to execute across two states and the Federal District in the 28th stage of the operation. Two people linked to Argello were among those arrested and Argello’s son and several executives were brought in for questioning, Globo reported.

Brazilian President Dilma Rousseff is also having a tough time. A congressional panel voted 38-27 on Monday to proceed with a motion for her impeachment, the New York Times (NYT) reports. Rousseff allegedly violated financial-responsibility laws by using state loans to fill budget holes.

The decision of the panel, which was investigating the accusations against Rousseff, sets up a vote in the lower house on whether to impeach. If approved, the Senate would then decide whether to put Rousseff on trial, the NYT said. The government also has the power to challenge the process in the Supreme Court, said the Guardian.

If put on trial, Rousseff’s duties would be assumed by Vice President Michel Temer, the NYT said. Temer also faces impeachment proceedings because he signed off on the same policies as the president, according to the Guardian.

Temer is also under controversy over a leaked speech which appeared to show him getting ready to move into the presidential palace. He claimed that the audio message was sent to the wrong group on the text messaging service WhatsApp, the Guardian said.