Sergey Roldugin, Vladimir Putin’s close friend and a key figure behind a billion-dollar offshore network, has won many awards for his musical achievements. 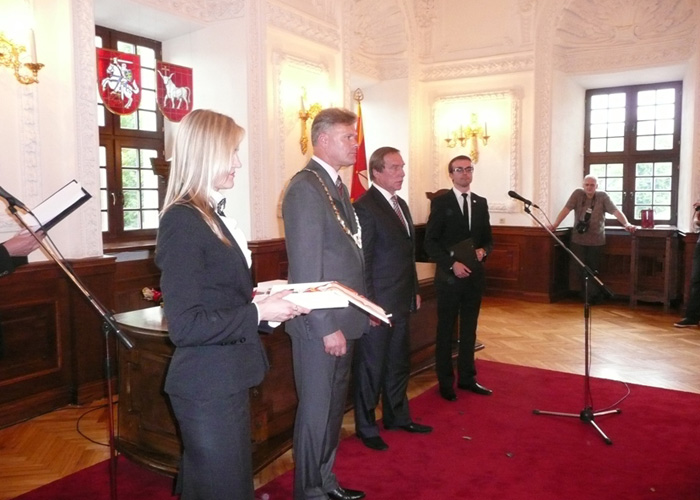 On July 2011, the Lithuanian city of Kaunas honored Roldugin for his contribution to musical events organized in the city; he was awarded the Sign of Santaka award, along with several other renowned artists.

In the aftermath of the Panama Papers scandal, some in Lithuania are calling for the prize to be rescinded. The Homeland Union party, currently in opposition at Kaunas, demands that the mayor cancel the award.

“We’d like to ask if the Kaunas municipality is going to keep inviting [Roldugin] to our musical festivals,” Andrius Kupčinskas, the leader of the Homeland Union at Kaunas, said in a statement.

However, Mayor Visvaldas Matijošaitis, a former businessman and a millionaire, says he sees no reason to do so.

The mayor further noted that British Prime Minister David Cameron has also been linked to the Panama Papers scandal. According to Matijošaitis, if Roldugin is stripped of his award, Cameron should be too.

Although apparently, Cameron has never come to Kaunas or received any Kaunas awards.

Asked about the difference between Cameron’s offshore affairs and those of Roldugin, Matijošaitis brushed aside further discussion. “I’m not going deeper into this,” he said.