Last week, Moldova’s Supreme Court denied an appeal by organized crime figure Ion Druta over the length of his jail sentence for organizing three murders, according to Unimedia. 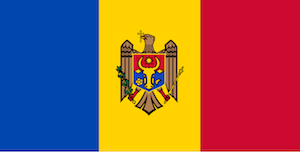 Flag of Moldova (Photo Credit: Wikipedia)Druta, also known as Vanya Pisateli, was sentenced last October by the Chisinau Criminal Court of Appeal to 20 years in prison for organizing the capture and murder of three men in the winter of 2000, Independent.md said.

The three victims were shot, incinerated and their remains buried after refusing to share money with Druta from the sale of a stolen car. Druta started a 20-year sentence for the murders in July 2013, but had been granted a retrial and set free in April 2014.

Druta was also given a five-year jail sentence in early 2015 for selling a rocket-propelled grenade (RPG) launcher and semi-automatic pistol to reporters from OCCRP partner RISE.

The reporters first got in touch with Druta's group in 2013 while investigating a case about hired killers. Druta knew the reporters were journalists, but believed they had connections with agencies who would be interested in purchasing weapons to influence the conflict in Ukraine. He offered to sell them a significant number of AK-47s or Kalashnikovs.

Druta renewed his weapon sale offers later in 2013, despite the fact he was then imprisoned in the maximum-security Isolator 13 prison. He often communicated with reporters via the mobile messaging app Viber. After his April 2014 release, Druta offered reporters 30 Russian pistols, five RPGs, and ammunition to be delivered to Ukraine.

The reporters then purchased as an advance sample a RPG and semi-automatic pistol in mid-May 2014, RISE Moldova said. The pistol was apparently passed along for free in a neighborhood to sweeten the deal, and the RPG handed over in a hotel parking lot while Druta had tea with another reporter. The journalists handed in the weapons and Moldovan authorities apprehended Druta in November 2014 for arms trafficking.

Law enforcement says Druta is part of an organized crime group known as Patron, which specializes in trafficking, cigarette smuggling, and contract killing. The group was named in a recent investigation by RISE Moldova that connects them to leased land near the Moldovan port of Giurgiulesti.