Brazilian authorities have charged Joseph Safra and five others with corruption in an alleged scheme to bribe government officials in exchange for favorable tax decisions, a news release by federal prosecutors said Thursday. 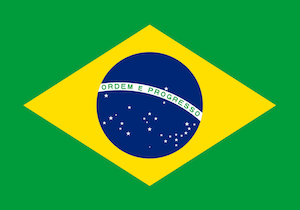 Flag of Brazil (Photo Credit: Wikimedia)The charges are part of a wider anticorruption investigation that started March 2015, the Wall Street Journal (WSJ) said. Investigators are looking at whether executives bribed officials to win decisions at a tax tribunal which resolves disputes between taxpayers and tax authorities.

Prosecutors are looking into at least 70 groups in a probe that could reveal even wider corruption than the scandal around the state-owned oil company Petrobras, the Financial Times (FT) said. Steel giant Grupo Gerdau and a consulting firm belonging to the son of Lula da Silva, the former president, are among those being investigated, Forbes reports.

Safra is the world’s richest banker, according to Forbes, with an estimated net worth of US$ 18.4 billion. In 2014 he purchased the Gherkin, one of London’s most iconic skyscrapers, in a deal thought to be worth more than US$ 1 billion including debt, Forbes said.

The banker is alleged to have known of a plan by executives at his banking group to pay 15.3 million Brazilian reals (US$ 4.25 million) to reduce a tax debt of up to 1.8 billion reals (US$ 500 million), FT reported. The WSJ said Banco Safra was appealing the debt to the tax tribunal and the payments were allegedly intended to influence the appeal.

Prosecutors said Safra was not directly involved in the bribery negotiations, but one of the other defendants allegedly reported to him. The Safra Group has called the charges unfounded, Forbes said.

A court in the Brazilian capital will now decide if the case should go to trial, said the WSJ. All six men could face up to 12 years in prison if convicted of corruption.

Corruption in Brazil is endemic. President Dilma Rousseff’s approval ratings are around 10 percent as she governs through a severe recession and an impeachment drive over her own alleged corruption, the Guardian reported.