Anti-corruption prosecutors are investigating a controversial deal for repair and purchase of military jets between the Croatian Defense Ministry and a Ukrainian state-owned company. 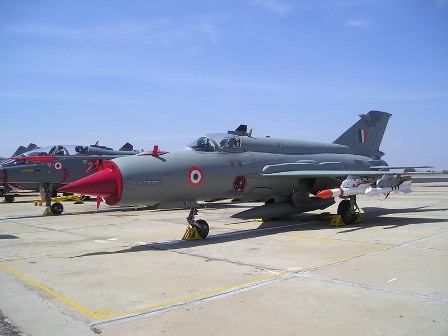 An example of a MIG-21 jetThe investigation began after new allegations about the deal surfaced in a newspaper, the prosecutors’ website said Tuesday. The local daily Jutarnji List reported on the deal Monday.

The paper said military investigators had found a number of irregularities with the deal and suspected bribery was involved. The purchased jets were apparently four to five years older than stated in their documents and some parts did not match the paperwork. The planes appear to have been put together using old parts from Bulgaria, Algeria and the former USSR, according to the paper.

Jutarnji List indicated the documents may have been falsified and the required repairs never actually done.

According to Malic, an official at the Defense Ministry admitted in investigations that bribery was involved when the deal was struck. Malic said the planes were decommissioned in Bulgaria in 2002, and the serial numbers swapped on some of their parts.

Ukrspecexport also struck corrupt deals in neighboring Bosnia and Herzegovina, according to Malic. He showed a list he claimed was written by Ukrspecexport representative Ivica Josipovic and alleged it contained names of Bosnian Defense Ministry officials with numbers next to them. Malic said these represented bribes Ukrspecexport paid.

Levchenko, the Ukrainian ambassador, said he agrees an investigation is necessary but said this was the first time he had heard allegations that Ukrspecexport had sold old Bulgarian jets to Croatia or about the alleged shady deals with Bosnia and Herzegovina, where he is also ambassador.

The case elicited numerous reactions from Croatian government officials. Croatian President Kolinda Grabar-Kitarovic said if the investigation shows that anyone knowingly bought faulty jets, then "this is not only a matter of corruption ..., it is a matter of high treason."