FIFA Wants its Bribe Money Back

Football’s world governing body lodged a claim with US authorities Wednesday for compensation of millions of dollars allegedly pocketed illegally by its own corrupt members and football officials, a FIFA news release said. 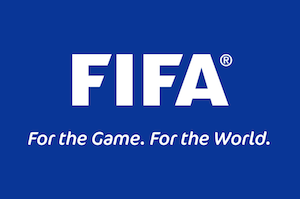 (Photo Credit: Wikipedia)The International Federation of Association Football (FIFA) estimates that tens of millions of dollars at least were diverted from the football community illegally through bribery, kickbacks and corrupt schemes, and the amount is likely to grow as investigations continue.

FIFA is claiming damages from 41 former FIFA officials and other football organizations who have been indicted in an investigation by the US Department of Justice, the release said. Its restitution request was submitted to the US District Court, Eastern District of New York.

The Association’s request is made possible by the US government that has characterized the global soccer giant as a victim, according to the New York Times. The Justice Department case relies on the claim that officials robbed FIFA and its confederations of their honest services.

However, if FIFA is held to have contributed or turned a blind eye to the corruption, or to have been compensated for it in some other way, it will not be entitled to the funds, the New York Times said. The overall amount FIFA would be able to recover depends on the outcome of the individual cases, the Wall Street Journal noted.

FIFA President Gianni Infantino said the former officials abused the positions of trust they held at FIFA and other international football organizations and caused serious and lasting damage to FIFA.

“These dollars were meant to build football fields, not mansions and pools…not to underwrite lavish lifestyles for football and sports marketing executives,” according to Infantino.

In its restitution request, FIFA says the government has recovered US$ 190 million in assets, and identified or frozen more than US$ 100 million. These funds should be used to “compensate the victims of the Defendants’ crimes, particularly FIFA and its member associations and confederations,” it said.

According to the Associated Press (AP), the claim constitutes an acknowledgement that votes were bought in World Cup hosting contests. FIFA is seeking restitution for a US$ 10 million payoff scheme by FIFA officials in exchange for favorable Executive Committee votes on the host location for the 2010 World Cup, amongst other claims in its restitution request.

Infantino said that FIFA is determined to get the money back no matter how long it takes, and that recovered money would be directed “for the benefit and development of international football.”