Clooney: I Will Advocate For Ismayilova’s Release “Until She Is Free” 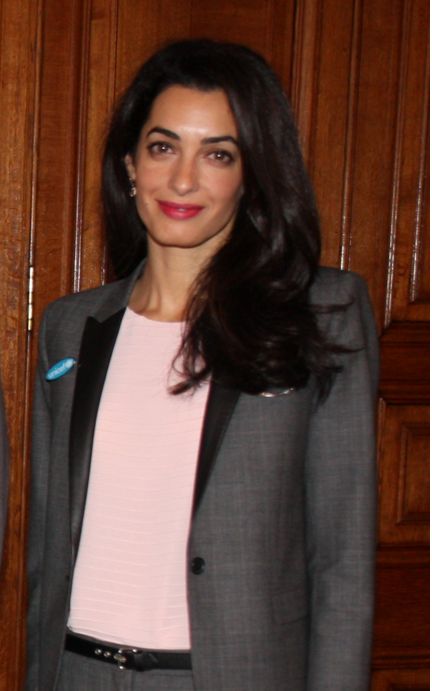 "I believe it's important to protect an individual journalist against a powerful state that has overstepped. This is about a government that is abusing its power to silence journalists like Khadija, as well as other critics of the ruling regime," Clooney told RFE/RL.

Ismayilova accepted an offer by Clooney in January to represent her at the European Court of Human Rights. Clooney’s previous clients include WikiLeaks founder Julian Assange and former Prime Minister of Ukraine Yulia Tymoshenko, among others.

Clooney told RFE/RL that "it's important to fight for the right of journalists to tell the world what is happening in their countries."

Clooney and her co-counsel are arguing that there was no genuine suspicion that Ismayilova committed any of the crimes she was charged with and that there was no justification for her pretrial detention, according to RFE/RL.

The case was “a politically motivated prosecution to restrict her freedom of speech,” Clooney told RFE/RL.

Ismayilova was sentenced in September 2015 to 7.5 years in prison on charges of embezzlement, tax evasion, abuse of power and running an illegal business. Not a single witness testified against her during the trial, according to RFE/RL.

Azerbaijani government senior officials have attacked Clooney, who holds both British and Lebanese citizenship, with allegations that she is of Armenian descent, RFE/RL said. Such accusations resonate deeply in Azerbaijan due to long-standing hostilities between the two countries over the breakaway region of Nagorno-Karabakh.

AzerNews said “Clooney targets Turkic states in her path to fame,” the Guardian wrote and added that the outlet is known to defend the government against criticism of human rights abuses.

Ismayilova condemned the attacks against Clooney, writing in a letter that she “didn’t ask about her heritage,” reported RFE/RL.