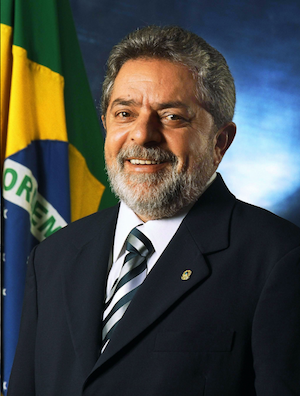 Da Silva denies the charges, according to a statement by the non-profit Lula Institute, which said neither da Silva nor his family own any Guaruja apartment.

Prosecutors also charged da Silva’s wife, Marisa, and son Fabio, among others, in connection with the investigation. Under Brazilian law, da Silva does not formally become a defendant until a judge accepts the charges, the WSJ writes.

Cristiano Zanin Martins, Da Silva’s lawyer, said the prosecutors “do not have a concrete fact to justify criminal charges,” in a note posted on the Lula Institute website.

The apartment was allegedly built by the engineering group OAS, a company which is accused in a massive corruption scandal at the state-owned oil company Petrobras, according to the Financial Times.

Prosecutors say that billions were paid in bribes in order to obtain contracts with Petrobras and that some of the money made its way to da Silva’s Worker’s Party, said Deutsche Welle. Prosecutors are investigating whether some of the apartments were used by OAS as bribes, the Financial Times said.

Da Silva was briefly detained and questioned last week after police raided his home and several associated buildings in relation to the Petrobras investigation, the Guardian reported. Fallout from the investigation has toppled a string of business and political figures, and has also affected current President Dilma Rousseff. She has denied any knowledge or involvement in the scheme.

The Workers Party may be thinking of ways to protect da Silva from arrest. Workers Party President Rui Falcao apparently confirmed that a proposal was made to offer da Silva a ministry post in the Rousseff government, and it was “up to Lula to accept it or not,” according to the Wall Street Journal. A government post would guarantee greater legal protections.