Romania’s highest court has approved an 18-month extradition to the US for hacker Marcel Lehel Lazar, also known as Guccifer, Reuters reported Friday. 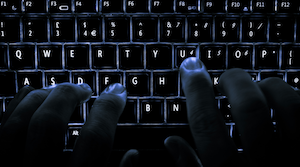 (Photo Credit: Wikipedia)The United States requested extradition of Lazar in December 2015 but Romania’s Court of Appeal rejected that request in February, according to Romania Insider.

Lazar was sentenced to a four year jail sentence in Romania in 2014 for illegally accessing public figures’ email accounts “with the aim of getting ... confidential data," and is also serving a three-year term for other offenses, according to Reuters.

He was indicted in 2014 in the US on charges of wire fraud, unauthorized access to a protected computer, aggravated identity theft, cyberstalking and obstruction of justice. He allegedly hacked into email and social media accounts of high-profile victims from December 2012 to January 2014, and publically released private email correspondence, medical and financial information and personal photographs, according to a news release from the US Department of Justice.

A family member of two former US presidents, an ex-member of the US Cabinet and of the US Joint Chiefs of Staff, and an ex-presidential adviser were among alleged victims, the release said.

The hacker “Guccifer” rose to fame in 2013 after claiming responsibility for posting artwork by former US President George W. Bush and for hacking into Bush family emails. He also distributed emails between former US Secretary of State Colin Powell and Corina Cretu, a Romanian politician, leading Powell to deny allegations of an affair, said Reuters.

“The Smoking Gun”, a US website, claims to have seen documents provided by Guccifer allegedly showing that the hacker acquired the cell phone numbers of Robert Redford and Warren Beatty, private email addresses for Nicole Kidman and Leonardo DiCaprio, and the fourth-season finale script of “Downton Abbey” six months before it first aired in England. Guccifer’s victims allegedly also included three members of the United Kingdom’s House of Lords, comedian Steve Martin, a Pulitzer Prize winner, and the director of Romania’s domestic intelligence service, the Smoking Gun writes.

Lazar, a former taxi driver, had no special equipment or skills other than what he learned on the internet, reported the New York Times. He would apparently search the internet for information on his targets and guess the answers to security questions, rather than using computer worms and other hacking tools.

Viorel Badea, Romanian prosecutor, said that Lazar was “not really a hacker but just a smart guy who was very patient and persistent,” the New York Times said.