The Bulgarian Prosecutor’s Office has a special unit of investigators set up to pressure and blackmail top politicians and business people, according to investigator Boyko Atanasov.

Atanasov recently told Bulgarian media including OCCRP partner Bivol that there is nothing random about the way cases are assigned at the Investigative Department of the Sofia City Prosecutor's Office.

He says investigators are divided into three teams: 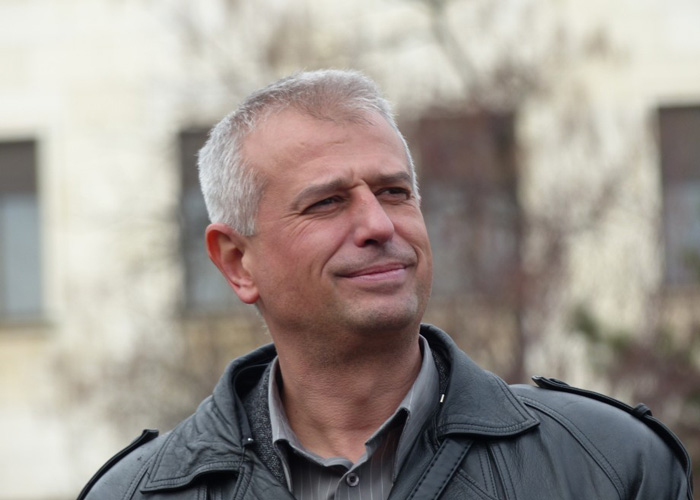 Boyko Atanasov Atanasov said that special unit cases are filed as “against unknown perpetrators” and left simmering, to be reopened as needed to exert pressure on politicians.

Atanasov claims he knows all this because he used to work in the special unit. He says he has been a whistleblower since 2004, but that his efforts have produced only retaliation, including his removal from important cases and internal probes into his work. He also claims illegal drugs were planted on him and he was denied promotion.

According to Atanasov, the special unit reports directly to Prosecutor General Sotir Tsatsarov, who controls it. It was initially established by the notorious former head of the Sofia Investigation Office, Petio Petrov, nicknamed “The Euro” for allegedly taking substantial bribes.

The members of the special unit can’t pursue cases based on their own judgment, but must work “according to Tsatsarov’s orders and instructions, otherwise they face salary reduction, disciplinary proceedings and work overload,” Atanasov said.

Atanasov took a TV crew to show them trash containers at the Sofia Investigation Office filled with shredded business contracts and documents from interrogations, including the collapse of Corporate Commercial Bank, the fourth largest private lender in Bulgaria.

He insisted that the documents were destroyed immediately after he gave his first interview to Bivol.

Prosecutor General Tsatsarov denied all allegations, but said he has requested a probe into them.

Tsatsarov hinted that the head of the Sofia Investigation Office may be sacked over the shredded documents, but downplayed the discovery, saying these were work documents discarded as unnecessary.

Atanasov countered that there are no work documents in law enforcement as all records are carefully preserved and cannot be removed from investigation headquarters.

Justice Minister Ekaterina Zaharieva told reporters that it was absurd and unacceptable to throw any documents from investigations in trash containers.

On March 7, Atanasov will appear before the Supreme Judicial Council (SJC) for a hearing in the probe requested by the Prosecutor General. The SJC is a permanent body that represents the judiciary, and monitors judicial staffing policy and impartiality.