It took five days and nearly 200 interviews, but police across Europe last week arrested 81 people accused of working as “money mules” for cybercriminals, helping transport or launder an estimated € 7.5 million (US$ 8.1 million), according to Dutch police. 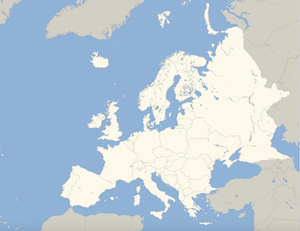 (Photo Credit: Wikipedia) Police from Belgium, Denmark, Greece, the Netherlands, the United Kingdom, Romania, Spain, Portugal and Moldova, among others, cooperated in the operation, according to a Europol news release.

More than 900 victims were identified from the first-of-its-kind Feb. 22-26 operation with “more than 90 percent of the reported money mule transactions linked to cybercrime,” Europol said.

Money mules are used to transfer illegally obtained money between accounts or countries, often for a commission payment.

Fraudsters usually target newcomers to a country, the unemployed, students, and those in economic distress, through seemingly legitimate job advertisements, social media or direct approach. The recruits may be unaware that their actions foster criminal activity, even if they are willing participants, according to Europol.

Rob Wainwright, Europol’s director, said the mules may be duped by criminals “with the promise of easy money.” Fraudsters often offer jobs as “money transfer” or “payment processing” agents, according to BBC.

DCI Dave Carter, an investigator from Financial Fraud Action, says that almost “every single criminal transaction that goes on depends on money mules” as they “turn the money from crime into something the criminals can spend themselves,” according to BBC.