Duvet covers and pillow shams sold by IKEA are produced in Turkmenistan, a country which has been compared to North Korea because of its seclusion and tight control over its citizens. 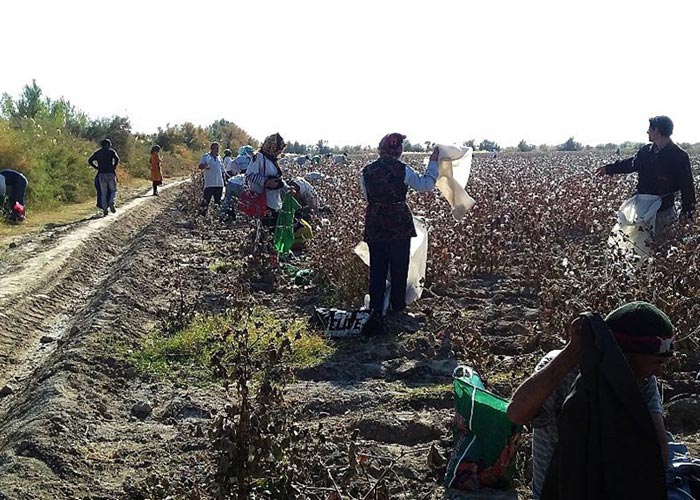 Photo by Alternative Turkmenistan NewsThe bedding products from IKEA's supplier in Turkmenistan are marketed around the world under the model names Malou and Nyponros, according to an investigation by OCCRP’s partner, the Swedish news agency TT.

The Cotton Campaign is a group of human rights organizations, trade unions, investors and others protesting labor practices in Turkmenistan and neighboring Uzbekistan. According to its coordinator, Matthew M. Fischer-Daly, all Turkmenistan cotton is produced by forced labor.

“All cotton farmers in Turkmenistan are forced to deliver annual production quotas under threat of penalty, including the loss of land,” he said. “No cotton farm is exempt from the state-order system, which uses coercion instead of incentives to secure the national production plan.”

In a statement to TT, IKEA said, "We want all of our materials produced with respect for people and the environment," noting that since September of last year, IKEA only uses cotton from “more sustainable farming.”

The statement continued, "We know of the challenges that exist in the cotton industry in Turkmenistan when it comes to forced labor. Therefore, we have implemented enhanced controls and third-party testing in the cotton fields and in production. Today we have one supplier in the country."

That supplier must live up to IKEA's code of conduct, which includes "no child labor, no discrimination, freedom of association, minimum wages and overtime pay, (and) a safe and healthy work environment," according to the Swedish company. 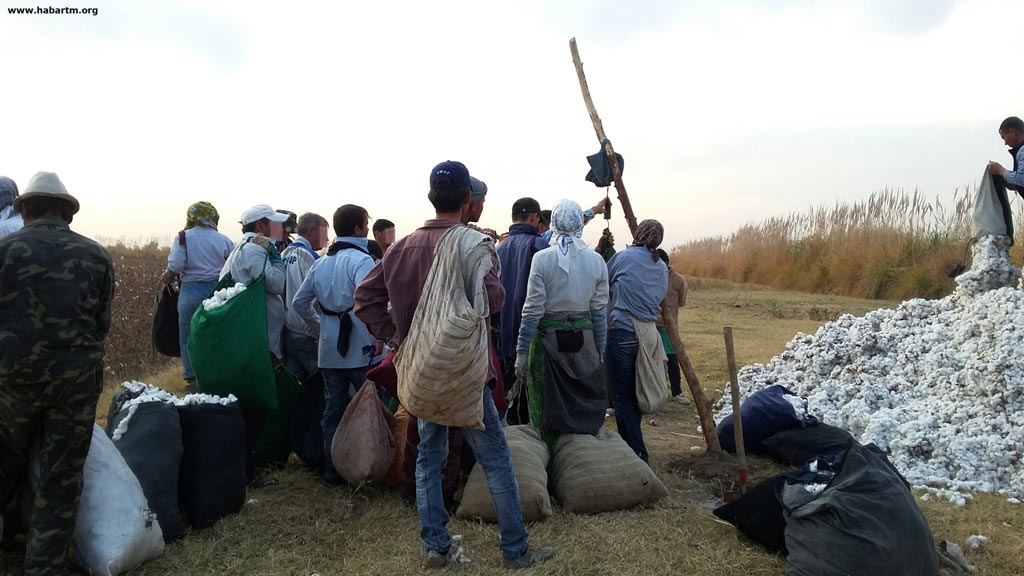 Photo by Alternative Turkmenistan NewsFischer-Daly believes that the IKEA code can’t be enforced, in part because independent inspections are impossible.

He believes state control of the cotton sector and Turkmenistan’s poor record on human rights prevents companies “from effectively monitoring labor practices in the cotton sector and remediating rights violations. Citizens are too afraid of retaliation to speak candidly about forced labor, having observed how the government imprisons citizens who report problems.”

Recently, TT reported that some of the world’s biggest garment retailers have bought cotton products from Turkmenistan, or done business with subcontractors who in turn purchase such goods from the Central Asian country.

Among the clothing companies are: H&M of Sweden; Spanish clothing chain Zara’s mother company Inditex; and American corporation VFC, which owns brands like Lee and Wrangler. All companies claim they have terminated their relationship with the same Turkmen factory, Turkmenbashy Jins Kompleksi.

Spanish retailer Mango was also listed as a client by Turkmenbashy but refused to answer any of TT’s questions.

According to The Cotton Campaign, Turkmenistan employs forced labor every year during the cotton harvest. Tens of thousands of its citizens are estimated to participate.

The campaign (which includes Human Rights Watch, the American labor union AFL-CIO and the International Crisis Group think tank), says that because Turkmenistan does not import any cotton, those who buy cotton products from it are by definition benefiting from forced labor.