Australian law enforcement seized an estimated 720 liters of liquid methamphetamine worth an estimated AU$ 1.26 billion (US$ 900 million), according to a news release on the Australian Minister for Justice website. 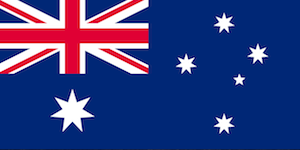 (Photo Credit: Wikipedia) The operation was conducted by the Joint Organized Crime Group (JOCG) which is part of a multi-agency effort to target organized and illegal drug crime.

A news release from the Australian Federal Police (AFP) says that four people have been charged by the JOCG for their alleged involvement with the importation and manufacture of the drug, commonly known as “ice.” If convicted, they could face life in prison.

The AFP release says that one Hong Kong national has been charged with importing a border controlled drug. Two other Hong Kong nationals and a Chinese national were charged with knowingly taking part in the manufacture of a commercial quantity of a prohibited drug after the JOCG uncovered evidence of drug manufacturing at two residences, alleged to be linked to the liquid methamphetamine seized in the art supplies.

New South Wales Deputy Premier and Minister for Police Troy Grant said that the bust “is a major blow to organized criminals trying to smuggle drugs into our communities,” according to the news release from the Minister for Justice website.