Bosnia and Herzegovina’s State Investigation and Protection Agency (SIPA) arrested Pavlovic Bank owner Slobodan Pavlovic and three others on Feb. 11. The suspects are under investigation for abuse of office and money laundering in connection with Pavlovic Bank, according to authorities. 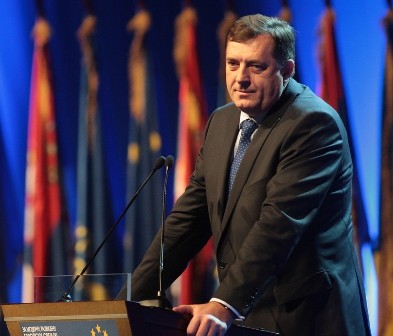 Milorad DodikOn Jan. 5, SIPA raided the Pavlovic Bank headquarters in Bijeljina and two bank branches in Banja Luka and Doboj as well as two other locations in Bjeljina, searching for evidence of money laundering.

State Television BHRT reported that bank director Ruzica Jankovic said officers were looking for documentation regarding a loan made to Republika Srpska (RS) President Milorad Dodik in 2008 for a villa he had purchased in Belgrade the previous year.

The raid was a continuation of the events of Nov. 18, 2015, when SIPA asked the bank to provide documentation on financial transactions from 2007. The bank has released multiple statements emphasizing that authorities are investigating the transactions of certain clients during that year, not the operations of the bank as a whole.

According to Mladen Bosic, leader of an RS opposition party, Dodik transferred € 750,000 (approximately US$ 846,000) from his bank account at the Pavlovic Bank to his bank account in another bank in Serbia in order to purchase the villa in 2007.

A year later, says Bosic, Dodik asked the Pavlovic Bank for a loan in the same amount to buy the villa, and the loan was approved. Opposition politicians say the loan appears to be an attempt to disguise the origin of the money used to pay for the villa a year earlier.

In a telephone conversation with Radio-Television of Republika Srpska, Pavlovic denied he had been arrested.  However, the Prosecutor’s Office confirmed his arrest in a news release.

The Prosecutor’s Office also confirmed the arrest of three other suspects in connection with the  investigation:  Petar Lazic, the bank’s former director; Liljana Garic, a former bank employee; and Blago Blagojevic, an ex-employee of Pavlovic’s company, Slobomir, according to Balkan Insight.

The Prosecutor’s Office said it is continuing to investigate the case and searching for more suspects in relation to allegations of “financial crimes linked to the bank’s operations and its owners” but did not elaborate further.