French and Romanian authorities have busted an organized crime network for trafficking minors and setting them to work as pickpockets and beggars, grossing up to € 7,000 (US$ 7,870) a day, according to a news release by Europol. 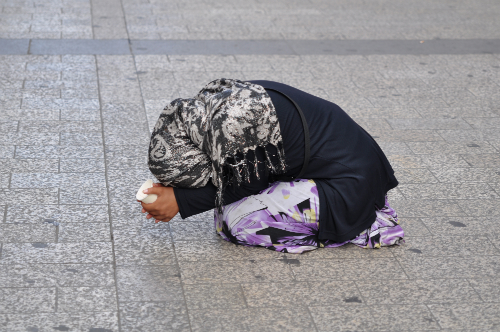 (Photo Credit: Kristof Verslype via Wikimedia Commons)The French Gendarmerie and the Romanian Police have been investigating the network since last year. Europol said the crime ring was "organized on a family and clan-kinship basis."

According to Europol, the crime ring was suspected of transporting underage Romanians to tourist spots in France, where they were forced to commit crimes such as begging, pickpocketing, handling stolen goods and money laundering.

The criminals controlled the minors in and around Paris locations such as amusement parks and high-speed trains. Total profits were estimated at nearly € 1 million (US$ 1.1 million).

Police raided four houses in France and 10 in Romania. The joint operation resulted in the arrest of 18 suspects and the seizure of € 25,000 (US$ 28,000) in gold, jewellery, luxury watches and TV sets.