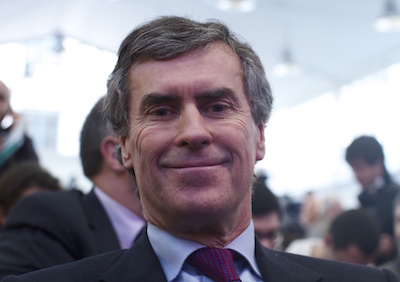 Jerome Cahuzac (Photo Credit:Flickr) Cahuzac’s lawyers asked for a postponement of the trial, saying that a defendant should not be under both a criminal and a tax procedure at the same time, according to the AP.

Reuters reports that Cahuzac, who was appointed to lead Hollande’s campaign against tax evaders, had rejected allegations made by the French investigative website Mediapart in December 2012 that he held an undisclosed Swiss bank account until 2010. Cahuzac reportedly filed a legal complaint against the website, telling French lawmakers that “I never have had accounts abroad,” according to Reuters.

After resigning in March 2013, Cahuzac confirmed the existence of the account containing an estimated €600,000 (US $660,000) and publicly apologized on a personal website in early April. He said that he was the beneficiary of the account for 20 years, saying that he “was caught in a spiral of lies,” and that he was “devastated by remorse.”

Cahuzac faces up to seven years in prison as well as fines if found guilty of the charges, according to the Guardian.

AP reports that Cahuzac was known for his love of luxury watches, cigars and luxury vacations, and became wealthy as Paris’s leading hair transplant expert in the 1990s, according to the Guardian.