US: Belarussian Man Sentenced To Five Years For Tax Fraud

A US federal court in Missouri sentenced a man from Belarus on Tuesday to five years in prison on charges of conspiracy to file fraudulent income tax returns, according to the St. Louis Post-Dispatch. 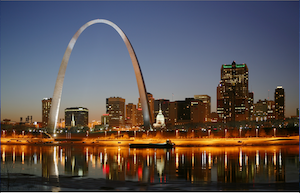 St. Louis, MissouriA news release from the US Attorney’s Office in St. Louis reports that Alexsandr Rabikov, a legal US resident, hacked into the computer of a bank in the St. Louis area and obtained personal information that let him illegally collect fraudulent tax refunds. The scam came to light in February 2014, when the real account holders began to file their taxes and discovered their identities had been stolen.

Rabikov, and his girlfriend Yulia Belomyttseva, a Russian national, allegedly sought more than US$ 400,000 between 2013-2015 by obtaining names, Social Security numbers and account information for more than 50 people, according to the St. Louis Post-Dispatch.

The St. Louis Post-Dispatch reports that Asst. US Atty. Tom Albus said Rabikov took control of numerous accounts and that his computer was “replete” with personal information. Rabikov and Belomyttseva allegedly tried to boil their laptop computer on a stove as Internal Revenue Service agents were trying to enter their beachfront apartment in Hallandale Beach in the US state of Florida.

US District Judge Catherine Perry called the crime “extremely serious” after imposing the maximum five-year sentence, noting that the case involved organized crime with overseas elements, according to the St. Louis Post-Dispatch.

Belomyttseva, who was in the US on a tourist visa, was also sentenced Tuesday to 366 days in jail after pleading guilty in October to a conspiracy charge, according to the St. Louis Post-Dispatch. Prosecutors say Rabikov will be deported once he has completed his sentence.