Romania: Suspected Prison Scam—Write a Book and Get Out Early

Either Romanian prisons are unusually rich in literary talent or somebody is scamming the system, the AP reports. 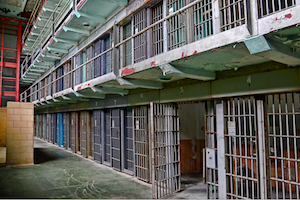 Authorities are investigating whether influential and rich convicts are paying others to write books for them in order to take advantage of a Communist-era law that allows prisoners to reduce their sentences by getting published.

The AP reports that the law, originally aimed at imprisoned intellectuals, allows prisoners to have their sentences reduced by 30 days for every scientific work that is published. University professors must approve the topics, and some are suspected (along with others) of ghost-writing some of the recent publications.

Allegations of abuse arose after prisoners published more than 300 books last year, compared to only 90 in 2014. Between 2007 and 2010, the tally was one book per year, according to the BBC.

Aspiring prisoner-writers have no access to other books or the internet, must rely on family and friends to photocopy reference pages and do not have desks in their cells.

The AP reports that allegations of plagiarism against high-ranking figures in Romania are rarely investigated, with Steaua football club owner Gigi Becali recently admitting that he did not write four books published under his name while in prison.

Justice Minister Raluca Pruna recently called for the law to be abolished, favoring legislation that would put writing a book on par with painting and theater, according to the AP. She said that it is “clear the procedure had not been applied in a strict manner.”