The Latvian Financial and Capital Market Commission (FKTK) said on Friday that it would set “operational restrictions” on Trasta Komercbanka barring the bank from carrying out debit transactions in any currency, including through online banking, ATMs, and by cash to customers for any amount in excess of € 100,000 (US$ 108,000). 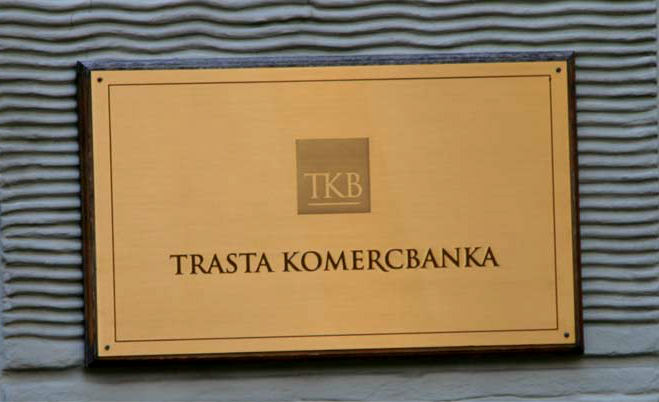 According to a news release by the regulators, the restrictions apply to both the bank in Latvia and its branch in Cyprus. Regulators say that the bank is unable to increase its share capital and lacks proper internal controls and action strategies.

Moreover, two of its major shareholders, Igor Buimister and Ivan Fursin, are unable to fulfil their obligations to the bank.

OCCRP reported in a major Russian money laundering investigation that Trasta Komercbanka was the European destination for billions of dollars siphoned out of Russia.

The scheme involved a series of companies and banks funneling the money to Latvia via a complicated maneuver. The fraudsters created a paper trail indicating that one company had defaulted on a loan guaranteed by a Russian company (or companies) and a Moldovan citizen, leaving them liable for the alleged debt.

Moldovan courts would certify the debt obligation, using fake or incomplete documents, and order the Russian company to pay. Every payment was sent from Russia to Trasta Komercbanka in Latvia, allowing the laundered funds to legally enter the European Union.

Trasta Komercbanka was also one of the six Latvian banks used in the Sergei Magnitsky case where a criminal group executed a US$ 230 million tax fraud on Hermitage Capital Management and spirited the stolen money out of Russia.

The commission’s chairman Christopher Zakulis said Trasta Komercbanka had been warned earlier and given time to address its issues, however, “as the bank has been unable to [improve its operations] within reasonable timeframes” the regulator exercised its right to impose restrictions on the bank.

As of this weekend, the bank has not made a public response in regards to the restrictions. Latvia’s public broadcaster, LSM, tried reaching the bank for comment without response.