Russian President Vladimir Putin and his security chief ‘probably’ approved the assassination of Alexander Litvinenko in London in 2006, according to a report by the Litvinenko Inquiry released this morning, reported the BBC. 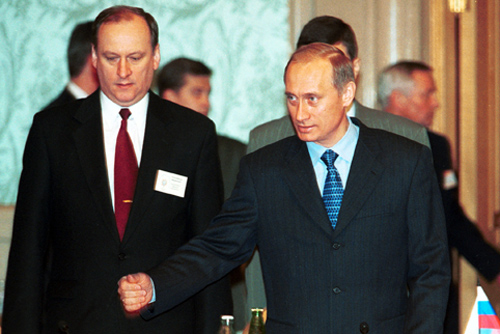 Nikolai Patrushev and Vladimir PutinThe official British inquiry into Litvinenko’s death concluded that Putin and Nikolai Patrushev, then the director of the Russian Federal Security Service (FSB), likely ordered the killing. Litvinenko, a former FSB officer who fled to the United Kingdom after whistleblowing on corruption and organized crime within the FSB, died Nov. 23, 2006 in a London hospital of polonium poisoning.

Ex-KGB officers Andrei Lugovoy and Dmitry Kovtun have been accused of his murder after meeting Litvinenko at the Millennium Hotel where, it was established, he was served tea laced with polonium-210. He died three weeks later.

Sir Robert Owen, the inquiry’s chairman, stated today that he was ‘sure’ Lugovoy and Kovtun had killed Litvinenko. According to the report, Kovtun and Lugovoi had no personal motive to kill Litvinenko in a ‘costly operation’ and it ‘seems highly unlikely they would have had access to the polonium-210.’

The report said: ‘All the evidence points in one direction, namely that, when they killed Mr. Litvinenko, Mr. Lugovoy and Mr. Kovtun were acting on behalf of someone else.’

"I am satisfied that in general terms, members of the Putin administration, including the president himself and the FSB, had motives for taking action against Litvinenko including killing him, in late 2006," Owen told the BBC.

Litvinenko’s widow, Marina Litvinenko, said she was ‘very pleased’ with the results of the inquiry and called British Prime Minister David Cameron to take action against Putin, including sanctions and a travel ban on Putin himself.

Russia has reiterated it will not extradite the two men, reported Interfax. "In Moscow, the London court decision is regarded as politically motivated, so Kovtun and Lugovoi will not be prosecuted in the Russian Federation," a ‘well-informed source in the security services’ told Interfax.

The Russian Foreign Ministry slammed the inquiry as ‘non-transparent’ and ‘regrets that a purely criminal case was politicized and marred by the atmosphere of bilateral relations.’ It also said that Russia’s position remains unchanged on the issue. Putin’s spokesman, Dmitry Peskov, told reporters on the eve of the inquiry’s findings that the Litvinenko case was not ‘a topic of interest’ to the Kremlin but said the published report will be reviewed, reported Interfax.

Kovtun and Lugovoy have both rejected the inquiry’s conclusions and the charges against them, according to Interfax. Lugovoy told Interfax the report’s accusations against him were ‘absurd.’

"As we expected, there were no surprises,” Lugovoy said, “The results of the investigation made public today yet again confirm London's anti-Russian position [...] and [the] unwillingness of the English to establish the true reason of Litvinenko's death."