Thousands of protesters pushed their way into Parliament Wednesday to demand early elections as a new pro-European Union government was formed. 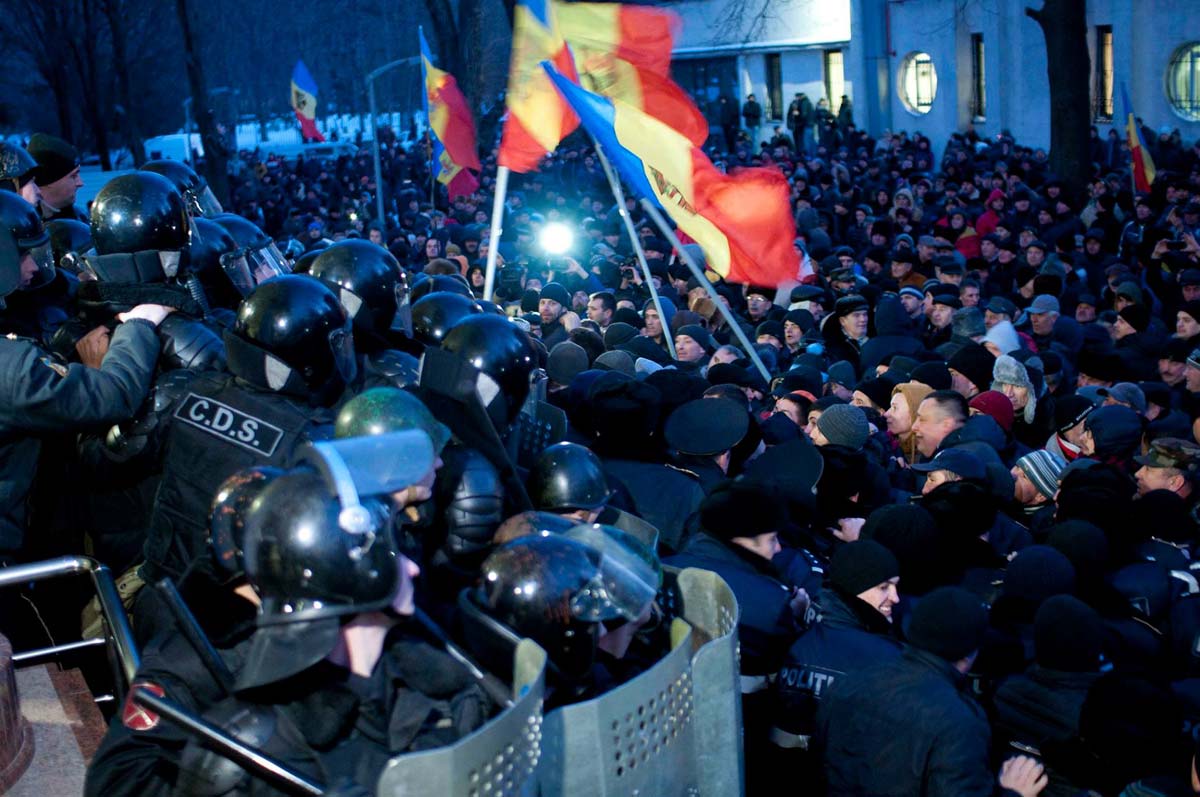 A new Cabinet of Ministers, headed by deputy chairman Pavel Filip of the Democratic Party, had been approved by 57 of 101 deputies after two previous attempts to name a new prime minister had failed.

The protesters broke through police lines to reach the second floor of the Parliament before being stopped by police. According to Radio Free Europe/Radio Liberty (RFE/RL), the ongoing protests in Chisinau have featured both pro- and anti-EU forces.

Acting Interior Minister Oleg Balan said five protesters and and eight policemen were injured. Among those injured was Chiril Motpan, one of the leaders of the anti-corruption Civic Platform for Dignity and Truth, and Liberal Party chairman and former interim president Mihai Ghimpu, RFE reported.

For the past three months, Moldova has been in turmoil after a major banking scandal led to street protests and the ousting of the government, according to RFE/RL. Citizens disagree over whether the country should continue its path to EU membership or renew ties with the Russian Federation. Recent polling indicates pro-Russian forces could win snap elections.

President Nicolae Timofti urged citizens to remain calm, calling on them to "avoid violence, that will not help anyone. It is important to obey the law, regardless of our political positions."

Filip’s government was sworn in after several previous attempts failed to gain sufficient support, including a bid by businessman Ion Sturza, who had served as Prime Minister in 1999. On Jan. 13, a bid by Vlad Plahotniuc, first vice-president of the Democrat Party, was blocked by Timofti, who then nominated Ion Paduraru, his advisor.

The next day Paduraru withdrew his candidacy and a new parliamentary majority nominated Filip, the former minister of Information and Communication.