An inquest into the November 2012 death of Russian tycoon Alexander Perepilichny has been further delayed because Surrey police invoked public interest immunity (PII) to withhold 49 key documents in relation to the case, reported The Sun. 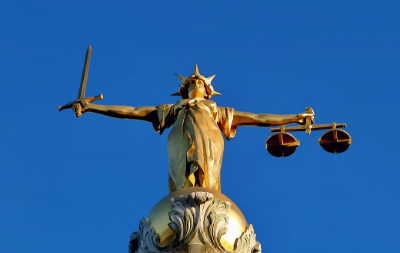 Secrecy laws in the United Kingdom (UK) allow documents to be withheld from a court hearing if they threaten national security. They can, however, be used in closed hearings, according to Agence-France Presse (AFP).

Perepilichny died under mysterious circumstances, allegedly from poisoning. According to a pre-inquest review panel last year, traces of a chemical from a rare poisonous plant, ‘heartbreak grass’ (gelsemium elegans), were found in his stomach, reported the Financial Times. The chemical triggers a heart attack.

Perepilichny was a Moscow-based fund manager and competitor of UK-headquartered Hermitage Capital, a fund which faced a corporate raid and US$ 230 million tax fraud as investigated by the OCCRP. The late anti-corruption whistleblower Sergei Magnitsky had been working with Hermitage Capital’s William Browder in uncovering the fraud and money laundering scheme implicating Russian officials. The Russian government turned on Magnitsky and Browder accusing them of the very fraud they were investigating. Magnitsky was arrested and despite pressure refused to withdraw his accusations and, denied medical care, subsequently died in a Russian prison a year after his arrest.

Realizing some of his own clients were the Russian government officials accused in the fraud, Perepilichny feared he would share Magnitsky’s fate. He fled Moscow with his family to Surrey, according to The Sun. He began aiding Hermitage Capital in its money laundering investigation, sharing information with Browder. Surrey police warned Perepilichny that Chechen mercenaries had him on a hit list.

Browder called the withholding of the documents by the police was ‘suspicious.’ If Perepilichny’s death was ‘natural’ as police initially claimed when they closed the investigation, they would have no problem making the documents public, Browder told The Sun.

“Or there is something highly suspicious going on because of some co-operation with MI6 or someone, which would mean that they should not have closed the investigation in the first place,” he speculated.

Geoffrey Robertson QC, acting for Hermitage Capital, accused the Surrey police of a “coverup.” Surrey police also claimed they could not disclose the reason they sought a secrecy ruling on the investigation documents but their barrister, Charlotte Ventham, denied a cover-up.