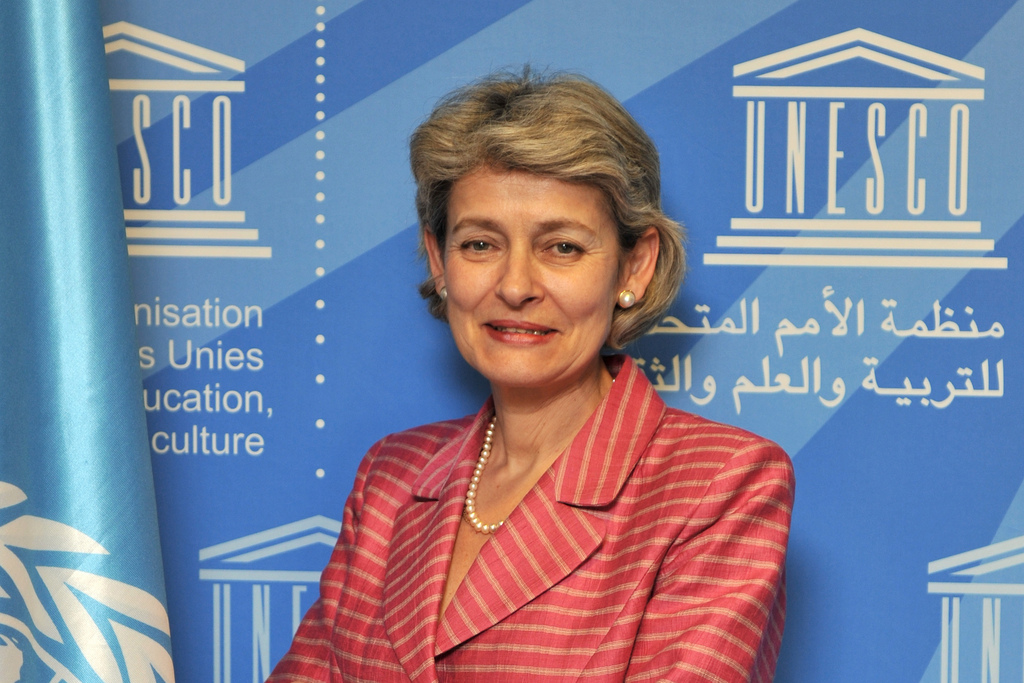 Irina BokovaAfter analyzing the family’s known income, Bivol questioned whether they could afford the property.

Bokova confirmed her campaign for the post of UN Secretary General, according to Russian News Agency TASS. The Financial Times described her as one of two strong candidates from Bulgaria, the other being Kristalina Georgieva, the current vice-president of the European Commission.

As UNESCO’s Director General, Bokova has promoted Azerbaijan’s First Lady, Mehriban Aliyeva, in the role of UNESCO Goodwill Ambassador despite a 2015 appeal by the European Centre of Press and Media Freedom for Aliyeva’s dismissal. According to their appeal, Aliyeva represents a country which failed in its commitment to UNESCO’s ideals and aims, which includes “protecting freedom of expression.” The Azerbaijani government has been widely criticized for imprisoning journalists and shutting down independent media organizations.

New York’s public property register showed Bokova paid US$ 2.4 million in cash for two apartments in Manhattan and that her son by a first marriage repaid his US$ 870,000 mortgage in four years.

According to records examined by Bivol, Bokova bought her first apartment in Manhattan on Nov. 6, 2012 for US$ 1,189,438, and apparently paid in a lump sum. There were no records of a mortgage or installment payments. Her husband, Kalin Mitrev, is listed as co-owner and Bokova’s son, Pavel Kolarov, was a proxy in the transaction.

The website concluded that the entirety of her known income adds up to about US$1.3 million, the price of one of the Manhattan apartments.

Bivol further examined her husband’s income and assets. Mitrev was a longtime representative of the European Bank for Reconstruction and Development (EBRD) in Bulgaria. His net annual salary was comparable to that of his wife at UNESCO. In 2014 Mitrev sold a property in Bulgaria for US$ 160,000.