A man from Kansas and a woman from Texas have been arrested by the FBI in connection with a multimillion dollar fraud targeting a Turkish businessman, according to a news release by the U.S Attorney’s Office in Kansas City, Kansas. 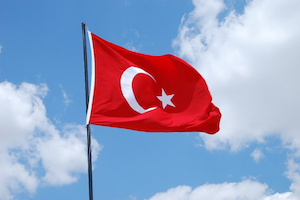 Investigators say Laura Lee Sorsby, 62 and Nagy Shehata, 55, have been indicted on charges of wire fraud and money laundering. They allegedly convinced Said Haifawi, who opened Turkey’s first private hospital, to invest € 6 million (US$ 6.5 million) in 2010 to construct a shopping mall in the Turkish capital of Ankara, according to the Hurriyet Daily News.

Sorsby had met Haifawi in 2009, when they worked together on a project to open a hospital in Syria.

Haifawi was hesitant to report the crime to the police before being contacted by the FBI in 2015. According to the Hurriyet Daily News, Haifawi was talked out of reporting the fraud because his advisors “said it would very difficult”to open a case in the United States.

If convicted, both suspects face up to 20 years in prison.