In a new move to crack down on money laundering, the US Treasury said Wednesday that it will begin identifying and monitoring anonymous buyers of luxury real estate, reported the New York Times. 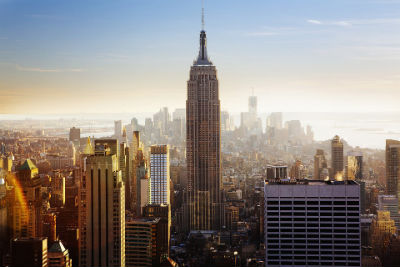 The Financial Crimes Enforcement Network (FinCEN), a subdivision of the US Treasury, will require title insurance companies to identify the true owners of properties bought with cash and report them to FinCEN, according to an official press release. Title insurance is commonly used in the US in real estate transactions to protect buyers from lawsuits over ownership as a result of insufficient land records kept across the country.

The move is aimed at corrupt politicians and criminals laundering money through real estate holdings. Individuals trying to hide assets can now remain anonymous by buying properties through offshore companies and paying cash.

Although the US is taking a step to deal with the issue, other countries have yet to reel in money laundering via real estate transactions.

Last year, the OCCRP’s Paul Radu worked with Transparency International and found more than 36,000 properties in London owned by companies registered in offshore secrecy jurisdictions. Some were bought with legitimate funds, using offshore companies for privacy reasons; however an unknown number were bought in this way to conceal the source of stolen money fueling a property boom.

FinCEN director Jennifer Shasky Calvery said, “We are seeking to understand the risk that corrupt foreign officials, or transnational criminals, may be using premium US real estate to secretly invest millions in dirty money.”

The initiative is likely to hit the American real estate industry hard, according the New York Times, as it has benefitted massively from affluent, secret buyers in the last few years.

It is the first time the US government has compelled financial transparency in real estate transactions and is part of a broader agenda expected to target those in the “criminal services industry” who are involved in the money laundering chain such as lawyers, bankers, and real estate agents.

OCCRP and other international media outlets have highlighted the fact that middlemen, such as lawyers and real estate agents, have played key roles in aiding and abetting criminals in money laundering.