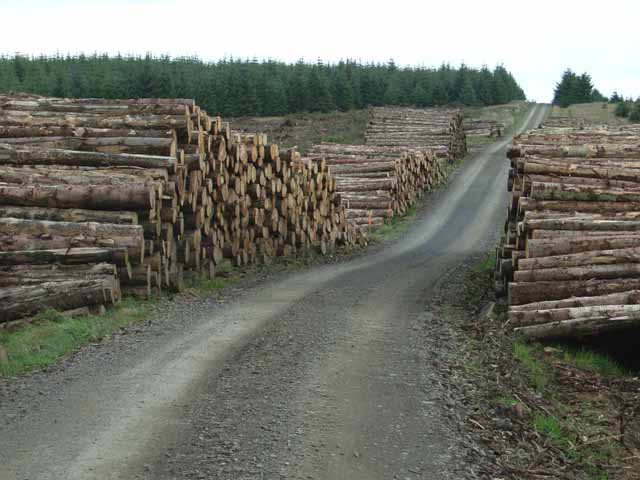 The new law categorizes deforestation of surface areas greater than one hectare as a national security threat, according to Radio Romania International (RRI).

Over the past 20 years, Romania has lost 80 million cubic metres of wood worth an estimated € 5 billion (US$ 5.4 billion) to illegal logging, according to Balkan Insight.

The passing of the law is an apparent response to demonstrations last spring, when Romanians took to the streets to protest against illegal deforestation.

A study by Greenpeace said Romanian forests were disappearing by three hectares per hour, with numerous cases of illegal logging registered daily between 2000-2011.

RISE Romania reported that some of the processing plants owned by the Austrian corporation who bought the logs were connected to former Schweighofer directors, local politicians, or businessmen with long criminal records.

Moreover, Schweighofer allegedly offered loans to many of the local logging firms who took part in illegal deforestation to expand their activities.

The most important wood supplier to Schweighofer was state-owned Romsilva, whose president Adam Craciunescu was indicted for corruption, according to RISE Romania’s investigation.

Schweighofer denied any wrongdoing, saying it respects Romanian law and it will launch an internal investigation into the allegations.

Romania has 65 percent of the virgin forests in existence in Europe. Only 20 per cent of those forests are included in national parks, however, and therefore protected by law, according to Balkan Insight.

Romania’s forests were state-owned before 1990, but by the end of 2010, the state owned only 66.3 per cent. Public ownership has since gone down further to 52.2 per cent.