Daniele Ozzimo, a former member of the Rome city council, was sentenced yesterday with five others for their part in the ‘Mafia Capitale’ corruption scandal, according to Repubblica. 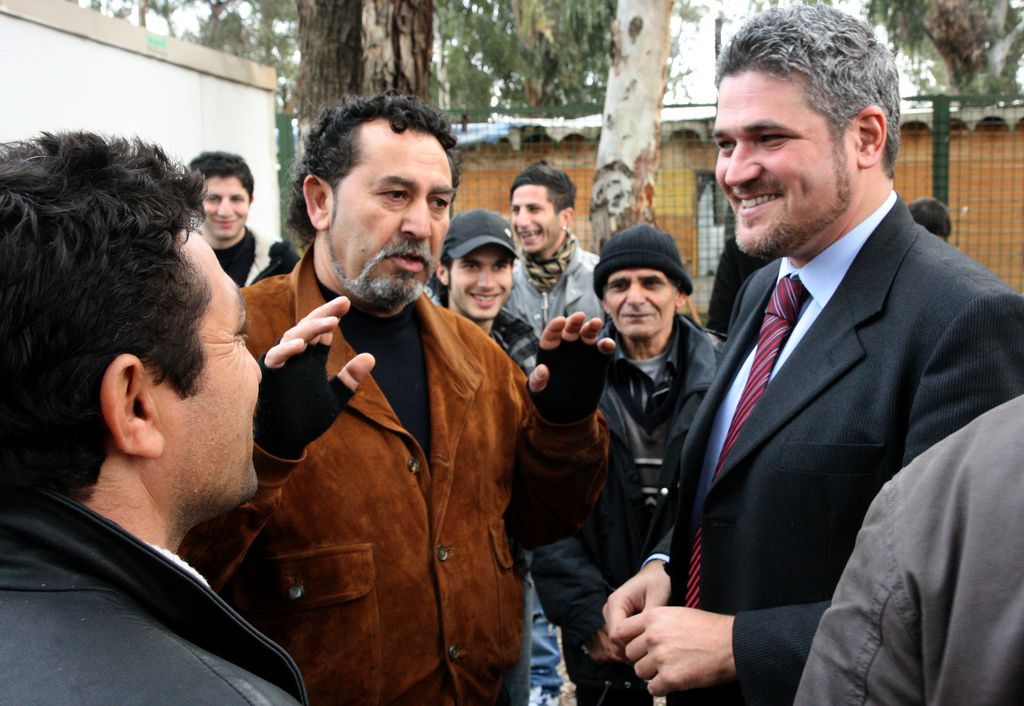 Daniele Ozzimo (far right)Ozzimo, a Democratic Party member, was convicted of corruption and malfeasance and sentenced by Judge Alessandra Boffi to two years and two months in prison. The judge also sentenced another former council member, Massimo Caprari of the Democratic Center party, to two years and four months in prison, according to Repubblica.

The scandal concerned a series of rigged bids by Sicily’s Center for Asylum Seekers (CARA Mineo), one of the largest refugee centers in Italy. Italian prosecutors have accused 40 politicians, businessmen and corrupt officials of rigging tenders for public contracts meant to assist incoming refugees and embezzling the money received for the contracts.

Prosecutors say the suspects collaborated with Luca Odevaine, one of the scheme’s masterminds. At the time, Odevaine was a member of the national panel of coordination for receiving refugees and asylum-seekers, reported The Local.

Savatore Buzzi, an Italian ex-convict arrested for his role in the scheme in December 2014, worked with Massimo Carminati, an alleged member of the criminal organization Banda della Magliana, to rig the CARA Mineo contracts, added Italy 24.

OCCRP previously reported Carminati’s group placed his men in key positions in Rome’s municipality and the central state administration to arrange for tenders for refugee and immigrant centers to be passed to those who bribed them.

Buzzi and Carminati ran reception centres and cooperatives in Rome to welcome migrants from CARA Mineo.

Odevaine was a member of Mineo’s Commission of Public Works at the time and allegedly acted as liaison between Carminati, Buzzi and other corrupt officials and businessmen in rigging the tenders.

Carminati, Buzzi and Odevaine were arrested last year in connection to the scandal.

The others convicted were Francesco Ferrara, Domenico Cammisa, Salvatore Menolascina and Carmelo Parabita, ex-managers of a Rome-based catering cooperative, La Cascina. According to Italian newspaper Avvenira and L’Espresso, the managers have been accused of bribing Odevaine for contracts between 2011 and 2014.

If the judge agrees with prosecutors that the suspects in the upcoming ‘Mafia Capitale’ trials comprised an organized crime group, they will face tougher sentences, added the The Local.

Last December, Italian authorities also charged Gianni Alemano, an ex-mayor of Rome, with  corruption and illicit financing in the scandal. Alemano, who ran the Nuova Italia foundation, allegedly made € 125,000 (US$ 135,541) through his foundation. He will have his first hearing this March.