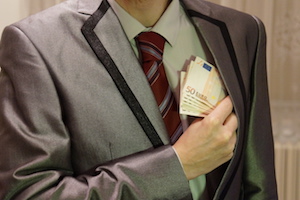 This week, Romanian prosecutors claimed Niculae has been party to corruption, tax evasion, buying influence and abetting money laundering, according to the DNA press release.

The DNA alleged his two companies, InterAgro and Intervitt, were involved in a major money laundering scheme.

The prosecutors are probing Niculae along with Gheorge Bunea Stancu, the ex-president of Braila County Council; businessman Said Baaklini, the Libarom Agri company representative; and Rajef Sharif Mohammad, a representative of Mike Trading.

The DNA claimed Niculae bribed Stancu to intervene with government officials, reported Mediafax. The bribes were allegedly made to high-level officials in order to obtain tax incentives and public subsidies for the fertilizer produced by InterAgro.

In the 2009 indictment, prosecutors showed that Stancu used his influence and authority as chairman of the Braila County PSD to breach legal provisions on party financing and took a € 1 million (US$ 1.08 million) loan from Niculae to support the election campaign of PSD presidential candidate Mircea Geoana.

Mediafax reported that the Găeşti Court granted parole to Niculae on Oct. 21, 2015. DNA prosecutors challenged the decision; a final ruling is expected on Jan. 22, 2016.