A Sacramento federal court charged Dumitru Martin, a Romanian investor, with bribing a United States Air Force major in order to win a US $10.4 million military contract according to the The Sacramento Bee newspaper. 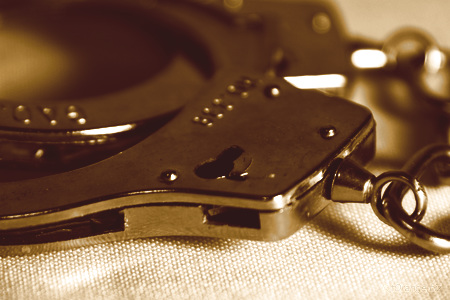 HandcuffsMartin, a shareholder of Polaris Constanta, a major sanitation services company in Constanta, Romania, wanted to provide storage transport services to the Air Force at their Mihail Kogalniceanu base in Romania according to the Romanian Insider.

Through a holding company called Polaris M Holding, Martin paid US $100,000 in September in what was allegedly the final payment of a US $1 million bribe to a Travis Air Force Base major whose squadron was contracting the company’s services.

The major cooperated with FBI agents according to an unsealed affidavit.

Romanian local news agency Constata News reported that bidding for the contract began in February 2015 and the contract was valued at US $22 million. Polaris knew the price offered by its competitors and bid a lower amount. However, Martin’s company was prevented from signing the contract because of a Romanian National Anti-Corruption Directorate (DNA) investigation.

Martin was arrested by undercover FBI agents in a sting operation on December 1 at the San Francisco International Airport according to Romanian Insider. Two agents who have been investigating Martin for over a year posed as intermediaries for the deal.

Undercover FBI agents met with Martin and his accomplices in New York, San Francisco, Budapest and Sacramento and exchanged several e-mails in regards to the deal. The FBI also recorded the meetings covertly according to The Sacramento Bee.

Martin was travelling under the presumption that he was going to more meetings in regards to the contract with the base.

“While pursuing the investigation, I was made aware that Romanian law enforcement was investigating Polaris for corruption and paying bribes to Romanian city and state officials,” said FBI Special Agent Matthew Young who is handling the case.

Constata News explained that the FBI investigation started at about the same time the DNA started a prosecution against Eduard Martin, Dumitru Martin’s nephew and a deputy in Romania’s parliament, for similar offences. His nephew allegedly bribed Constata Mayor Radu Mazăre to win public contracts.

Martin will appeal his arrest on December 14.