A classmate of Desislava Taneva, Bulgaria’s Minister of Agriculture and Food, may have won all public bids for supplying the state forest enterprises with four high-end sports utility vehicles (SUVs), according to a Bulgarian media investigation. 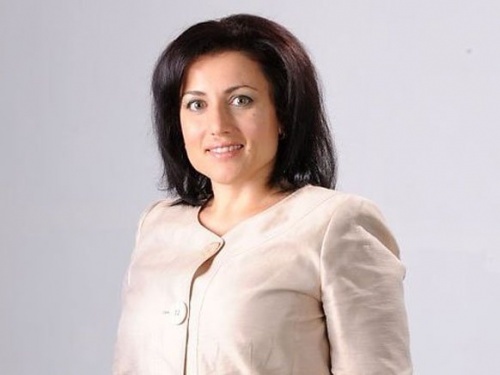 Desislava TanevaThe “forest enterprises” are governmental agencies in charge of preserving and managing forests and game. On Dec. 8, the news that four of the six such enterprises have sought public bids for the purchase of SUVs that cost 200,000 Bulgarian levs apiece (€ 102,000 or US$ 111,762) made the headlines in the poorest EU member state.

Some of the 42 specifications for the vehicles include leather seats, parking sensors, backseat TV and computer screens, V8 engines, and cruise control.

In three of the four enterprises, the winning bids have already been announced, while the fourth will be made public on Dec. 22.

Bulgarian media also reported that the sole (and winning) bidder was Kale Auto Ltd., the authorized Toyota dealer in the central city of Sliven, which is owned by businessmen Hristo Trunchev and Kaloyan Ganev.

Journalist Vladimir Yonchev, editor-in-chief of the site OffNews.bg, published a story Wednesday identifying Ganev as a classmate and close friend of Taneva, whose hometown is also the city of Sliven.

In Bulgaria, the Agriculture Minister is in charge of the forest enterprises.

In addition to being the only bidder, the company proposed the maximum possible price, although it won under the criterion “lowest price”.

OffNews noted that the Public Bids Act specifies that a procedure can be annulled if there is only one submitted or suitable bid or only one bid that meets all criteria.

It is not known what model vehicle has been chosen in two of the three already announced winning bids. The protocol from the third one shows that this is a Toyota Sequoia SUV, a modification for the US market not sold by Bulgarian dealers and not very popular in Europe because of the divergent European standards.

According to the investigation, two of the four forestry enterprises are seeking additional bids for a total of 85 less-expensive SUVs with the specifications closely matching the Toyota Hilux model. Meanwhile, in the bid’s documentation, these specifications have been changed twice, possibly to narrow the likely winners to just one.

In a radio interview, the director of one of the forest enterprises said his employees needed the expensive SUVs as they had to travel often; the leather seats were easier to clean; and the monitors on the backseats would be used for the frequent emails these employees had to write.

Taneva, who is Agriculture Minister from the quota of the ruling Citizens for European Development of Bulgarian party (GERB), told the state-owned radio that she was not going to annul the bids as the SUVs would be rented to wealthy people who want to hunt in Bulgaria.

She said the only thing that matters in this case is the money the enterprises will make.

At the beginning of this year, her deputy, Vassil Grudev, reported that in 2014, Bulgaria’s revenues from so-called hunting tourism were 5 million Bulgarian levs (€ 2.5 million, US$ 2.7 million). He said the state’s hunting business has grown steadily over the past three years.