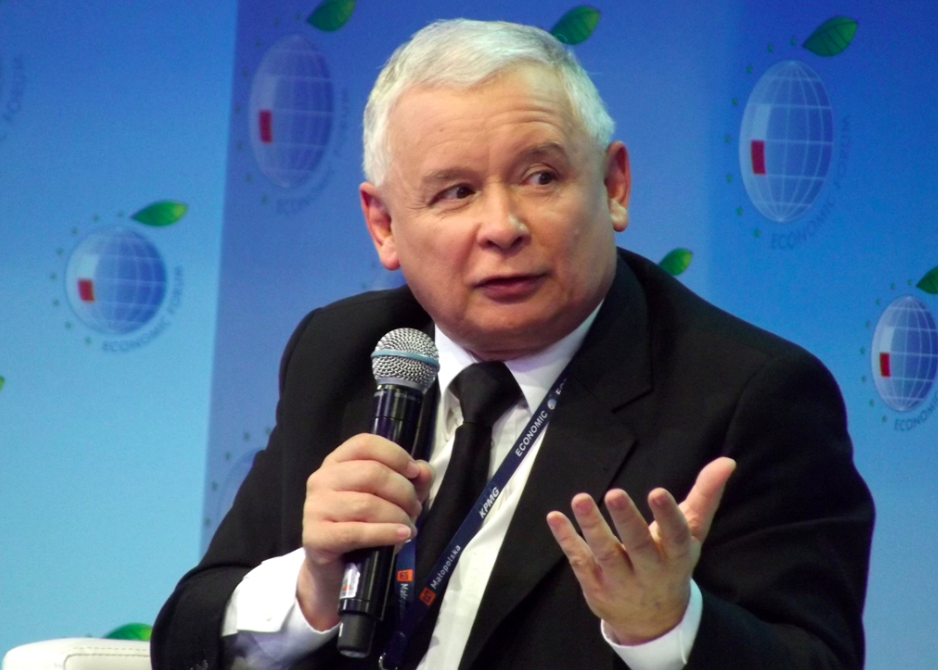 Jaroslaw Kaczynski, leader of the ruling Law and Justice partyThe Law and Justice Party, which took power Nov. 16 after a decisive victory in October’s general election, has already forced out the head of the country’s anti-corruption agency and reduced opposition oversight of secret service activity.

Meanwhile, there were acrimonious exchanges between lawmakers this week as the new government sought to appoint new judges to the Constitutional Tribunal, Poland’s top court.

Jaroslaw Kaczynski, leader of the ruling Law and Justice party, said last week that changing the composition of the court was vital because, according to the Wall Street Journal, it had become a nest filled with his political opponents who would interfere with the government’s work.

Such appointments are, in principle, non-political. But the proposal of five new judges by Law and Justice is controversial because they would overturn five appointments made as recently as October by the previous ruling party, Civic Platform.

Supporters and opponents of changes to the court both protested outside the Constitutional Tribunal building on Thursday, reports Radio Poland, chanting slogans such as “Save Poland” and “Save the Constitution”.

The tribunal itself ruled yesterday that only three of October’s original appointments were legal. According to the court, the other two judges were confirmed too early and were therefore unconstitutional, as their terms should have ended in December – after the election.

Nonetheless, the ruling means that the decision by President Andrzej Duda (himself of Law and Justice) to confirm four of the five proposed new judges – made the same day – could itself violate the constitution.

According to Associated Press, Duda defended his move in a televized address, arguing that it restored legal order and that main opposition party Civic Platform had wanted to make the court “unilaterally political”. He is due to confirm the fifth and final judge next week.

The tribunal debacle is merely the latest in a series of controversial reforms. Freshly appointed prime minister Beata Szydlo has also named a man convicted of abuse of power as new chief coordinator of the secret services.

Mariusz Kaminski was sentenced this past March to three years in jail for actions taken while he was head of the Central Anti-Corruption Bureau in 2007. He was found to have taken a heavy-handed approach to pursuing graft, using illegal means and hounding innocent people.

However, Kaminski received a pardon from President Andrzej Duda (also of Law and Justice) on Nov. 17, the day after the new government assumed power. The pardon was criticized by main opposition party Civic Platform as “an unprecedented attack on the rule of law”.

Kaminski is now likely to be involved in any possible criminal investigations of senior political opponents, including former prime minister and current president of the European Council Donald Tusk. A government spokeswoman has already called for Tusk to be put on trial.

Prime Minister Szydlo has also announced plans to overhaul public broadcasters to ensure they “become objective” in their reporting. The party will also seek to appoint candidates who back interest-rate cuts to the central bank’s Monetary Policy Council – which is supposed to be independent.

The new regime also leans strongly away from current European Union (EU) policies on issues such as migration. Szydlo and other ministers have already begun to row back on Poland’s agreement to the use of quotas across the EU which would have seen 4,500 refugees placed in the country.