The Kremlin has revealed satellite images that it claims prove Turkey traded oil with Islamic State (IS) militants at a defense briefing, reports BBC World News. 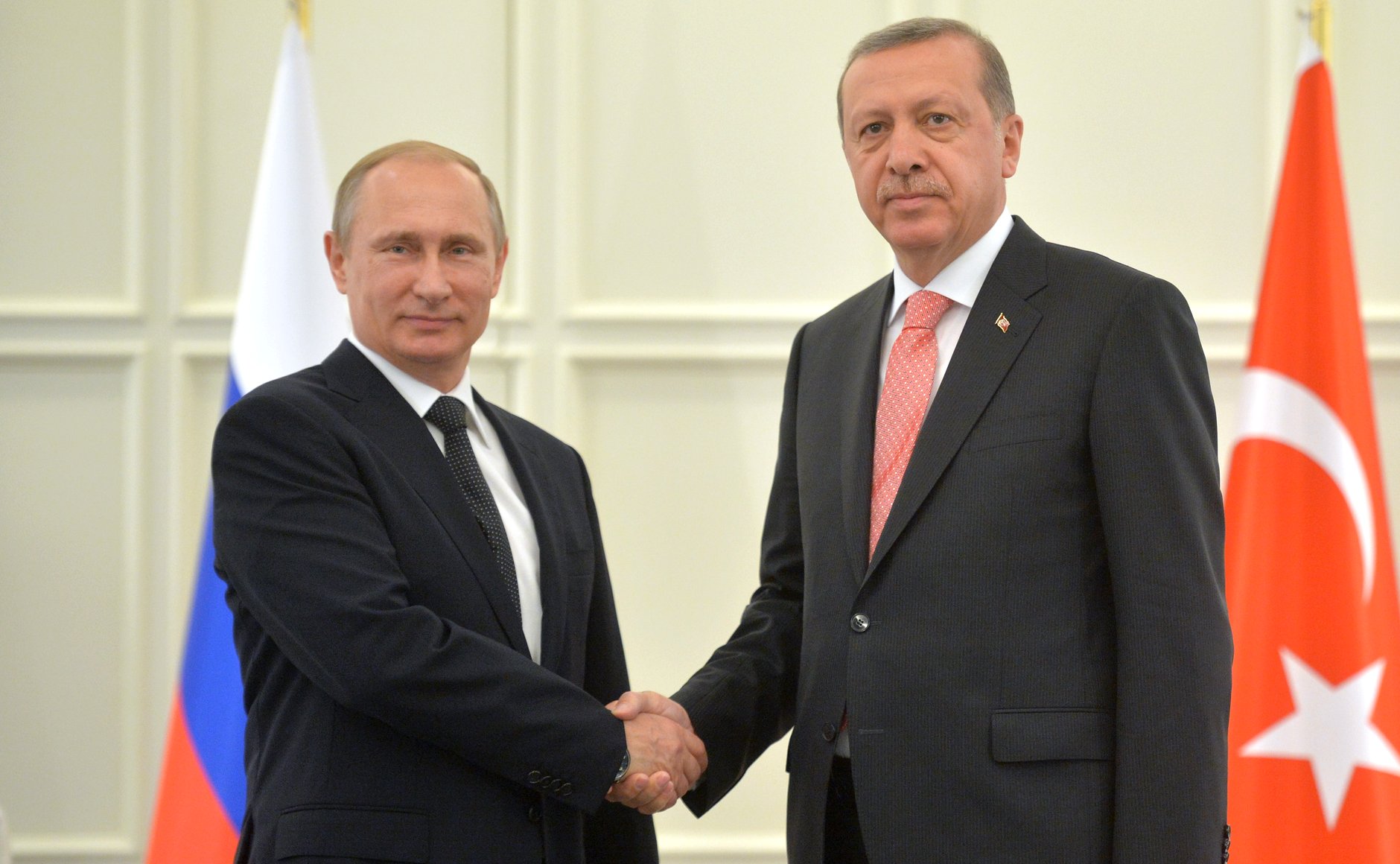 Putin and ErdoganIt is the latest in a series of claims Russia has made about Turkish President Recep Tayyip Erdogan and his family firms enjoying trade ties with IS.

"Turkey is the main customer of this oil that is stolen from Syria and Iraq,” said deputy defense minister Anatoly Antonov at a defense briefing reported in Russian newspaper Pravda.

“According to our information, the top political administration of Turkey is involved in the criminal business, including President Erdogan and his family. We have repeatedly spoken about the danger of toying with terrorists.”

Antonov claims that Russian defense officials identified three main oil export routes to Turkey: one that leads westwards to Turkish ports on the Mediterranean Sea, one that goes north to the Batman refinery in the southeast of Turkey, and an eastwards route to a base in the town of Cizre (also in the southeast of the country).

Pravda also reports that the chief of the Central Directorate of the General Staff claimed Russia's military efforts have halved IS’s income from trading oil.

Russian officials presented satellite images during the briefing of what they claimed are lines of oil tankers traveling from IS-controlled areas to Turkey.

The Kremlin also provided footage in which lorries appear to cross the Syrian-Turkish border with no restrictions at the Reyhanli checkpoint, reports British newspaper the Independent.

Russian officials did not give proof that Erdogan or his family is linked to IS oil trade during the defense briefing, and claimed they were only unveiling “part of the evidence” for now.

Erdogan has firmly denied the Kremlin’s claims, calling them slander. On Wednesday, the Turkish president said he would step down if the allegations were proven true.

Tensions have risen between the two countries since the downing of a Russian jet by Turkish forces, although Erdogan has said he did not want to see relations with Russia worsen as a result.

The US State Department has backed Turkey’s rejection of the Russian allegations that Erdogan is involved in the oil trade, reports the BBC.

“We just don't believe that to be true in any way, shape or form,” a US State Department spokesman said.

Mikhail Mizintsev, head of Russia’s National Center for Control of Defense, said the Defense Ministry would unveil more information next week about arms sales and terrorist training on Turkish soil, according to Pravda.